Restructure economy to bring down pollution : The Tribune India

Restructure economy to bring down pollution

The basic questions that arise about air quality management are: Has the Central government maintained reliable and historical time series data on air pollutants in the NCR? How many polluting industries are operating in the NCR? Does the CPCB have the required human and technological resources at its disposal to deal with the situation? Credible data could have guided the govt to take long-term policy initiatives. 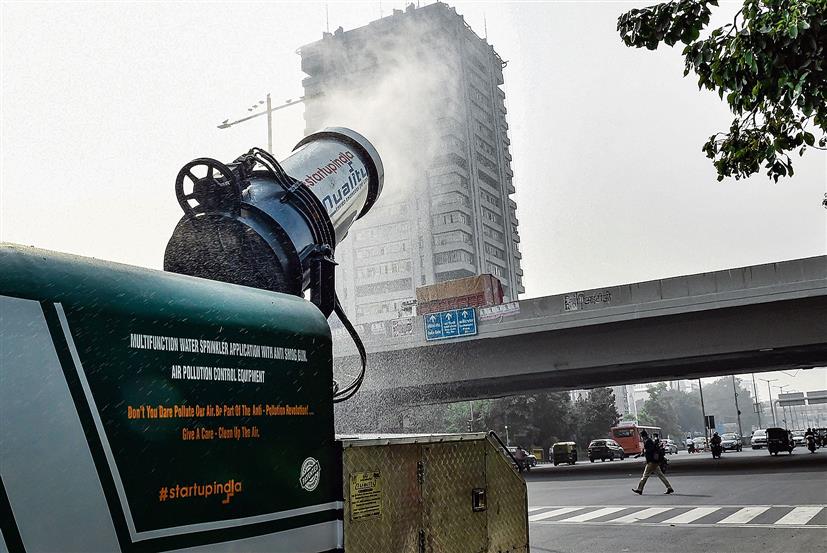 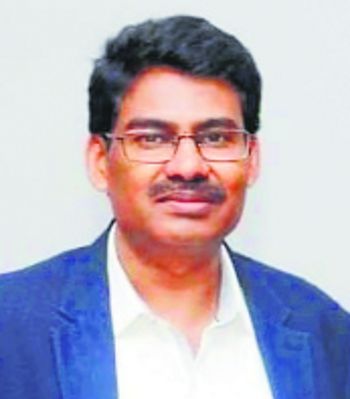 THE Supreme Court’s observation on Delhi’s alarming levels of air pollution and advice to initiate long-term measures to address the air quality of National Capital Region (NCR) is a precise analysis of the policy and institutional failures. The affidavit by the Centre admits that the worsening air pollution is caused by sources such as construction, industry, transport, power, vehicular traffic and stubble-burning. The admission is a candid reflection of ineffective implementation of the Air (Prevention and Control of Pollution) Act, 1981, in letter and spirit. The policy and action depend on close monitoring and regulating of ambient air quality. However, the fact is that environmental policies are overtaken by economic policies and lack of coordination among governmental agencies has created a big vacuum.

The National Ambient Air Quality standards reflect the state of environment and economic development that the country is transiting through. In this context, the basic questions that arise about air quality management are: Has the Central government maintained reliable and historical time series data on air pollutants in the NCR? How many polluting industries are operating in the NCR? Does the Central Pollution Control Board (CPCB) have the required human and technological resources at its disposal to deal with the situation? Are the source apportionments of air pollutants by different economic activities well-established? What are the source characteristics and variability of air pollutants over a time period? This credible data on air pollutants could have guided the government to take long-term policy initiatives to control and regulate pollution from different sources of economic activities.

The WHO has observed that the NCR is one of the most polluted regions in the world. Air pollution has already blighted the quality of life in New Delhi. The dust particles represent a complex mixture of organic and inorganic substances that slowly but surely imperil the respiratory system if exposed for more than eight hours per day.

New Delhi is surrounded by industrial hubs such as Noida, Ghaziabad and Faridabad, which are poorly monitored on sources of power and emission standards. Further, a burgeoning vehicular population (1.19 crore in New Delhi) is another major cause of air pollution. The rampant real estate boom and civil construction are also contributing to the poor air quality in NCR. Unscientific urban planning has resulted in haphazard growth and co-existence of residential and industrial areas making air pollution monitoring difficult. All these developments have a negative impact on the ambient air quality standards. The government and society are dangerously weighing present economic benefits over future health and economic costs. The pollution inferno has already reached a chaotic condition; it has become nobody’s responsibility and the government agencies and society at large are responsible for their contribution towards the emission footprint.

The government has given overriding importance to economic growth over environment and society has preferred present over the future. This clearly shows that the economic structure and people’s aspirations are built on shifting sands. Therefore, long-term policy measures are needed to restructure the economy and energy sources in and around the NCR on the principles and practices of sustainable development. Bengaluru has set a good example by relocating all polluting industries to the outskirts of municipal areas. Economic restructuring requires a gradual and permanent change in the production and consumption system towards a green economy despite high transition costs at present. A green economy demands restructuring of industry around NCR and energy resources with pollution or low-carbon emissions, achieving of energy and resource efficiency by reducing waste generation, enhancing green cover, dispersing industries and decommissioning dirty industries such as chemicals, fertilisers and thermal power plants.

The transition blueprint for vehicular emissions reduction in NCR with the promotion of electric vehicles needs to be prepared for 2025-30. Promotion of public transport and imposing of congestion tax would curb traffic and air pollution. The construction-and-demolition method of civil works needs a revamp with technological innovation to reduce the dust. Scientific methods need to be developed for safe disposal and management of solid waste in and round NCR.

Therefore, restructuring of the economy should integrate under the framework of the System of Environmental-Economic Accounting (SEEA). The SEEA guides the policy-makers to understand the changes in the stock of economic and environmental assets. India’s fortune depends on how quickly we adapt and mitigate environmental issues through sustainable patterns of development. The Constitution has provisions for the fundamental human right to live in a pollution-free environment, and at the same time, the fundamental duty of every individual to maintain purity of the environment. The state needs to plan a long-term strategy to act and ensure the restructuring of economy and enhance the environmental resource base.