Stick to the basics of nuclear deterrence

China’s recent hypersonic missile test is not such a game-changer from the point of view of nuclear deterrence. India should keep a cool head. Some capabilities are absolutely essential for it, and some are accessories. The latter can be avoided to save money and to lessen the chances of creating future security dilemmas. 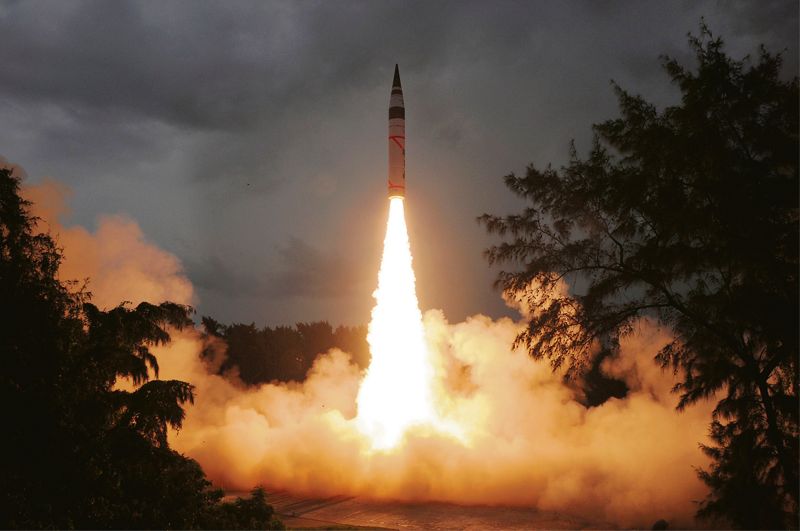 SKY SHIELD: The deployment of the Agni-V missile is needed to counter the Chinese threat. Reuters 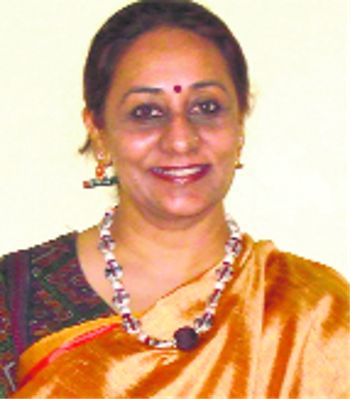 CHINA continues to make strides towards new military capabilities. The latest strategic technology to reportedly have been tested in August 2021 was a nuclear-capable hypersonic missile. China apparently used a rocket to propel a nuclear weapon into the low-earth orbit, which glided at five times the speed of sound, conducted evasive manoeuvres, and routed itself over the South Pole to hit the target. This combination of tactics was planned to evade the US early warning architecture designed to detect threats from the Northern Hemisphere. China claims though that it actually tested a reusable space plane, not a menacing missile.

Irrespective of what was tested, it is clear that China is amassing a formidable array of new capabilities. The US reacted to this test with shock and alarm. The American intelligence community expressed surprise at China’s ability to pull this off, while Chairman, Joint Chiefs of Staff, Gen Milley, described this as the ‘Sputnik moment’. In response, the US has reportedly conducted three tests of its own hypersonic missiles. Evidently, the US-China nuclear equation is heading deeper into the abyss of arms race.

How should India perceive the demonstrated Chinese capability? To start with, New Delhi should neither be surprised nor unduly alarmed at the development. From the time that the US headed towards ballistic missile defence (BMD) development and deployment, Beijing too had started developing capabilities that would deceive, overwhelm, penetrate and defeat the BMD. Building hypersonic delivery systems is one of these efforts and it should, therefore, not be surprised that new capabilities are being tested each time. Russia too is doing the same to build an ‘invincible arsenal’ against the US BMD.

Neither is there reason for India to be overly alarmed by this technology. The hypersonic missile is a new way of delivering nuclear weapons reliably into a heavily defended environment. Such a missile can go fast, which matters in the case of US-China, given their distance; it can manoeuvre, which is necessary for China to evade the US missile defences; it can hit the target after orbiting the earth, which is needed by China to avoid detection by the US radars. So, the missile is relevant for China to signal credible deterrence against the US.

None of these considerations, however, necessarily apply to India. China is geographically close to India, so missile travel time is anyway short. China does not have a BMD of the US kind, nor an early warning system to threaten Indian missiles. In any case, ballistic missiles are hypersonic on re-entry into the atmosphere as they speed towards the target. If the re-entry warheads were multiple and manoeuvrable, they could anyway overwhelm a BMD.

Given that India’s threat environment is so different from what China faces vis-a-vis the US, there is no need for a panic response. Nevertheless, India must continue with its own research and development on hypersonics, which it has been engaged in for some time now. It is likely that China will enhance its own BMD in the years ahead. Being able to develop and deploy hypersonic missiles might make sense then. Meanwhile, this technology also offers civilian benefits such as reusable space planes that might revolutionise travel. Therefore, the important thing is to keep all options open, without necessarily rushing all investment in this direction. Building technological capability but staying short of overt deployment can have its own security benefits.

Would it matter if China had nuclear capable hypersonic delivery systems and India did not? No. This would not degrade India’s nuclear deterrence as long as China remained vulnerable to Indian nuclear delivery, whatever the mode be. Fortunately, India’s delivery options have progressed well. Air delivery of nuclear weapons was the first option available to the country. Initially, given the limited reach of the aircraft’s area of operations, it was assumed that using aircraft for delivery of nuclear weapons over targets in China would have to be one-way missions. With aerial refuelling now possible, this is no longer the case. Meanwhile, land-based missiles of varied ranges and improved accuracies have steadily been developed and deployed. The need of the hour now, from the point of the threat from China, is to quickly induct and deploy Agni-V in requisite numbers. Meanwhile, the sea leg of the triad has been demonstrated with INS Arihant and the K-15 submarine-launched ballistic missiles (SLBM) on it. However, effort must be towards quickly operationalising more nuclear submarines with longer range SLBMs so that the triad can signal greater deterrence credibility. Together, the triadic delivery options would give India the ability to signal assured retaliation capability. So, irrespective of the mode of delivery used by the adversary, it cannot hope to get away without suffering nuclear retaliation.

China’s recent test is not such a game-changer from the nuclear deterrence point of view. India should keep a cool head and focus on the basics of nuclear deterrence. Some capabilities are absolutely essential for it, and some are accessories. The latter can be avoided to save money and to lessen the chances of creating future security dilemmas.