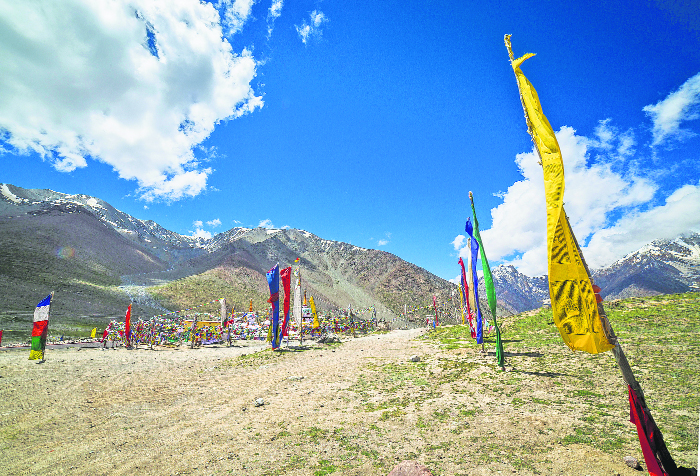 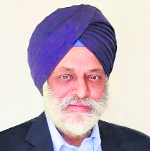 On commencement of second year of an undergraduate programme in the summer of 1969, I decided to explore what the college hiking club was planning. This curiosity was stoked by colourful accounts rendered by experienced mountaineers amongst our seniors, who had many a success under their belts. From traversing deep crevasses to climbing steep rock faces and overhangs with jumars, en route to successful summit ascents, their renderings rang true. Huddled around them well into the night, we eagerly heard their exploits in varied Himalayan terrains.

The hiking club stewards settled on a trek up the Parbati valley in Kullu area into Spiti tehsil of Himachal Pradesh. Two of us, tyros, decided to join three experienced members and Economics Professor Balbir Singh in this enterprise; it was pitched as being relatively easy. The Dasehra break was nominated for the venture. And so, we bussed up to Kullu, where the senior members arranged provisions and a couple of porters.

Another bus journey took us to Manikaran, a quaint village dominated by a hot spring flanked by a historic Shiva temple and a gurdwara linked with Guru Nanak. Like his disciple Mardana, we cooked rice by suspending raw grain tied in a piece of muslin in the hot spring for barely a few minutes.

Resident mendicants, who were smoking weed packed into clay chillums, were neither moved by the genuflections of the devout, nor the cavorting of adventurous visitors who could barely spend a minute or two in the boiling hot sulphurous waters. One was to learn years later that the “valley of cannabis” leading northwards from Jari, a village on the road to Manikaran, towards Mallana had become a major draw for demobilised Israeli conscripts and such like footloose persons wanting to enjoy Malana Cream, a high quality cannabis derivative, that costs US $25 per tola locally and many multiples of that abroad.

The acclivity commencing outside Manikaran took us 1,500 feet up to Pulga, a quaint little village 8 km away. Striations of flavous maize grains and red chilies drying on the roofs did much to distract attention from the modest but fascinating earthquake-resistant structures made in the traditional kath kuni tradition, with wooden beams alternating with stone masonry held in place without mortar.

The next 33 miles involved an ascent of about 7,000 feet over three days on flanks well above the Parbati river rushing through a narrow valley. With no habitation and only the occasional shepherd descending with his flock, we were by ourselves in meadows dotted with fading irises and wilting mountain daisies and girdled by stately pines. Unappetising fare dished out at the end of the day by the porters doubling up as cooks was an abiding disappointment. And that after an arduous exercise each evening to cut and collect juniper bushes for fuel.

The terrain flattened out the next day at the 13,500 feet high Mantalai lake. Sufficiently acclimatised, we set out the next day for what was to be the zenith of our venture. During the trudge up the eminence towards the brow of the Pin-Parbati Pass at 17,400 feet, wondrous views of the short but wide Mantalai glacier sweeping up from the south to feed the Parbati river provided welcome respite. My Bata Hunter shoe came apart in a softened ice field, allowing snow and ice to surround one foot causing chilblains; fortunately, the other foot remained comfortable amidst the warm caress of good winter socks. My performance was impacted and I remained a laggard, trailing my colleagues by a significant margin; they were, however, graciously waiting for me at the Pass with a hot flask of coffee.

The descent into Pin valley was remarkable for verdant patches dotted a stark Ladakh-like dusty brown landscape under a clear blue canopy. We were overtaken by a middle-aged person maintaining a brisk pace with a muleteer leading an impressive pack pony, sprightly despite what seemed like a heavy load on its back. We saw him again at Sangam, the confluence of Pin and Parahio rivers, when, in his capacity as local Khadi Board secretary, he put us up in a godown full of quilts and mattresses, a welcome move since our sleeping bags had become damp. And he arranged a fulsome meal.

The next day, we gingerly negotiated an extended scree patch fearing that a misstep could result in a tumble all the way down into the Parahio, hurtling towards an obsequent merger with the Spiti river. The kind soul and his pony, both sure footed, overtook us again as they made their way rapidly, undeterred by the treacherous slope. He disclosed that the animal was a Chamurthi horse, native to the Indian Himalayas and Tibet, adept at negotiating all kinds of terrain with loads in high altitudes. Our arrival at the confluence revealed an unusual sight— a dhabha in the middle of nowhere; after partaking of its spicy offerings in large measure, the makeshift shelter served as our abode for the night.

The following week’s trek through Kaza, Rangrik, Hansa and Losar proved to be tedious on an unmetalled road winding through topography devoid of contours and verdancy and offering no interesting sights. But Kunzum La at nearly 15,000 feet, though denuded, brown and dry, offered spectacular views backwards into Spiti valley and ahead into the narrow Chandra stream destined to join the Bhaga to form the mighty Chenab river. The tempting possibility of visiting the famed Chandratal, source of the Chandra, was abandoned due to paucity of time. Filching of a prayer stone from a cairn on Kunzum was obviously ill-advised, since bad luck chased me thereafter until, under advice from a benefactor, I made over the stone at Delhi’s Budh Vihar.