It looks like the govt had waited till Bharat Biotech managed to get at its vaccine solution before it had announced the rollout of the vaccine along with that of Oxford AstraZeneca’s Covishield manufactured by the Serum Institute of India (SII) in Pune. The order for Covishield was held back though the SII was ready. The political motive was clear. The govt wanted to prove that an Indian company, Bharat Biotech, had developed a vaccine based on an Indian genome sequence. 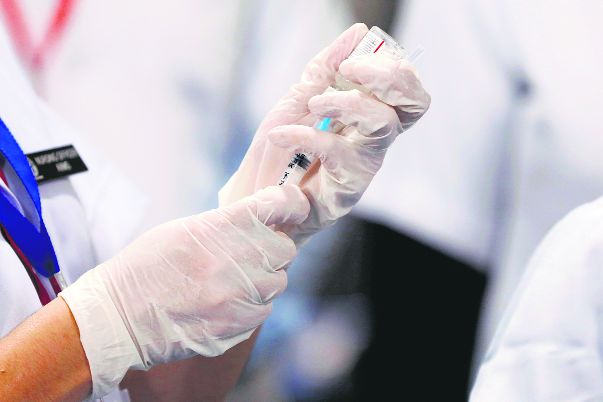 Plug the gaps: The govt failed to pursue a vigorous vaccine development and manufacturing policy. Reuters

It is no sin to falter and fail, but it is indeed an unforgivable sin to try and gloss over it. It leads to further mistakes and failures. It is this sin of glossing over its mistakes and failures of the Modi government that is a matter of concern. The second wave of Covid-19 that burst upon the country was waiting to happen. Somebody in the government should have anticipated the problem, and some preparation should have been made to tackle it. But the Modi government just failed to be prepared for the eventuality.

The election rallies in Tamil Nadu, Puducherry, Kerala, Assam and West Bengal are not the issue, nor is the Kumbh Mela at Hardwar. These needed to be regulated but this could have been done only if the government had understood that Covid-19 was still in the air after the first wave subsided from October 2020 to March 2021.

There were quite a few mistakes along the way, right from March 25, 2020, when a nationwide lockdown was imposed hours after Prime Minister Narendra Modi announced it. It is overlooked that the lockdown till the end of May did not in any way contain the initial phase of the pandemic. This became evident by July 2020 when the lockdown regulations were eased and the numbers shot up, and the explosion lasted from July 2020 through August and September 2020. Then the tide receded, and this was much before the announcement of the vaccine rollout on January 3, 2021.

Consequently, Prime Minister Modi and his colleagues made the false claim, and many of us were taken in by it, that the March 25, 2020, lockdown decision was a farsighted one. The first wave trajectory of Covid-19 clearly indicates that the numbers in April and May 2020 were relatively modest in terms of the spread of the infection, and the numbers jumped in the following months. The lesson was a simple one. Lockdown was not exactly a miracle cure against the pandemic.

What was needed for Covid-19 management was avoiding crowding, observing social distance and wearing of the mask, and this much more than that of using sanitisers indiscriminately and in a manic fashion. The medical assumption during the earlier phase that the novel coronavirus spread through droplets from the mouth has now been replaced by the assumption that it is airborne. Call it a genuine mistake and that our understanding was incomplete. In the meanwhile, more than a crore people had been infected and they have been cured as well, but the medical researchers concluded that they could not prescribe any reasonable therapeutic protocols based on the clinical data of crore-plus people.

There was no vigorous medical research based on the data which should have produced scores if not hundreds of epidemiological studies. Genome sequencing was at its tardiest because through February 2020 onward, it was only the National Institute of Virology (NIV) in Pune that was burdened with genome sequencing of the virus. As the Covid-19 infections spread and thousands of samples became available — of course, there was the inherent difficulty that it was not easy to get reasonably stable samples of the virus’ genome which could then be used for sequencing it to study the structure — the exercise of sequencing it was not spread across many more laboratories across the biological and chemistry departments in the universities and at research institutes.

When the government was looking for pharmaceutical companies that could work on the vaccine, the research institutes and laboratories that could work with the companies were not too many. Bharat Biotech, which had come up with Covaxin, had to join hands with the NIV to work on the development of a vaccine. Another research laboratory, the Centre for Cellular and Molecular Biology at Hyderabad, was able to create a sample of the virus’ genome sequence which could serve as a basis for further development. But that was an isolated and lone example to do things. The government seemed to have picked on Bharat Biotech and paired it with NIV in the hope of getting at the vaccine.

It looks like the government had waited till Bharat Biotech had managed to get at its vaccine solution before it had announced the rollout of the vaccine along with that of Oxford AstraZeneca’s Covishield manufactured in India by the Serum Institute of India (SII) in Pune. The order for the SII’s Covishield was held back though the SII was ready with about 70 million doses based on the trials carried out in the United Kingdom. The political motive was clear. The government wanted to prove that an Indian company, Bharat Biotech, had developed a vaccine based on an Indian genome sequence. It was the Modi government’s misplaced sense of nationalism. Covaxin was not ready to be rolled out like Covishield. The phase three human trials were not yet done with though Covaxin, its owner, took a belligerent nationalist position at a press conference in response to a snide remark by the SII.

It was clear as daylight that neither the SII nor Bharat Biotech could have met the demand for the coronavirus vaccine of the country. There was a need for shopping around in the world, or the government should have pushed other pharmaceutical companies in the country to work out the vaccine as it did with Bharat Biotech. So, it is only in the middle of April that the Modi government decided to shop for other coronavirus vaccines like Russia’s Sputnik V, and give a green signal for its production by the Reddy Labs in the country. And now the government is considering the possibility of other vaccines like that manufactured by Pfizer to be imported.

The Modi government had clearly failed to pursue a vigorous vaccine development and manufacture policy in the country when it picked up Bharat Biotech and a few others in May 2020, and it seemed to have backed Bharat Biotech more than it did others. Today, the only India-developed vaccine is that of Bharat Biotech, and its projected peak production of 700 million doses sometime in September this year, and it would not be able to meet India’s needs.