Theatre of the absurd

Appropriation of icons is damaging ethical and political sensibilities 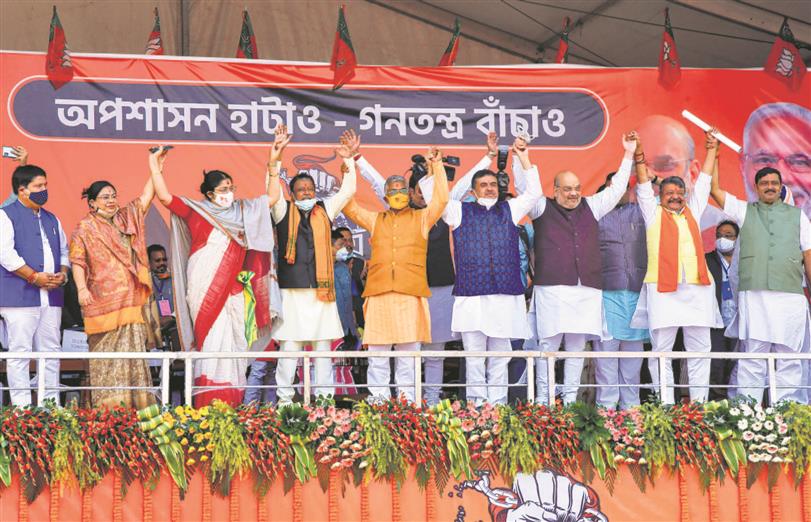 STAGECRAFT: Are BJP leaders rethinking their politics or indulging in role-playing? PTI 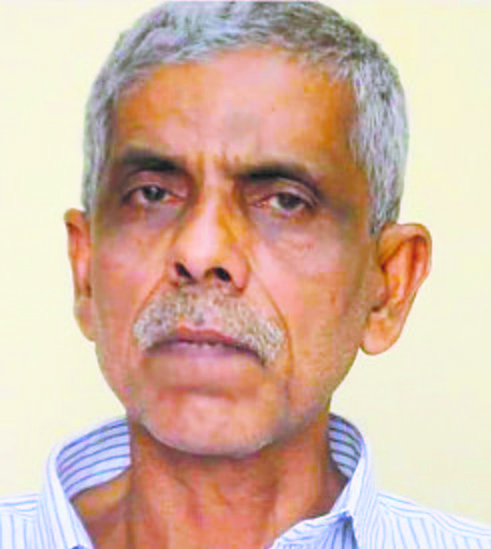 Is there nothing left in our politics except the recurrence of cinematic performances? In fact, the drama has already begun as the dominant political parties are thinking of their strategies to win the elections in West Bengal in 2021. To begin with, think of Amit Shah — supposedly a master strategist who understands the psychology as well as the mathematics of the electoral politics. Possibly, in this media-saturated world, it is becoming increasingly difficult to distinguish the real from the hyper real. Hence, because of the endless procession of media simulations depicting and disseminating his symbolic gestures as he visits Bengal, we are led to believe that Amit Shah is a great admirer of Rabindranath Tagore; nothing fascinates him more than the company of a baul mystic; and he can’t imagine his existence without the ideals Swami Vivekananda preached. Or, for that matter, these days, Narendra Modi seems to be quite fond of quoting Sri Aurobindo, and he is eager to restore the lost glory of Bengal by invoking Netaji Subhas Chandra Bose’s heroism. In other words, the message is conveyed: none can say that the BJP is an ‘alien’ organisation, and doesn’t understand what Bengal loves: be it Rabindra Sangeet or Ramakrishna Paramahamsa’s Dakshineswar Kali temple. From hyper-masculine militant nationalists to tender/spiritually sensitive souls with Tagore and Vivekananda as intimate companions: this theatrical act of role playing, it seems, is seen to be a way of charming the Bengali audience. Yes, be prepared for the elections; the stage is ready!

The saffron outfit knows it has to shed its ‘north Indian’ look and show intimacy with Bengali icons and symbols.

Why is it so? In order to find a meaningful answer to this question, it is important to see the dominant Bengali bhadralok (predominantly, forward caste Hindu) consciousness. Possibly, it would not be entirely wrong to say that this consciousness has not yet been able to free itself from the lost glory of the nineteenth and early twentieth century when Bengal through its renaissance figures — from Raja Rammohun Roy to Ishwar Chandra Vidyasagar, or from Bankim Chandra Chatterjee to Jagadish Chandra Bose — witnessed remarkable innovations in the realm of culture, religion and politics. Even though in recent times — particularly after the trauma of partition, the influx of the refugees, and the simultaneous economic problem and socio-cultural turmoil — Bengal has decayed in almost every sphere, be it education or socio-economic development, the nostalgia remains. And this fixation — or, the refusal to come to terms with the new reality in post-Independent India — has three consequences.

First, we see some sort of regression: a tendency to stick to the mythical cultural pride with its exclusionary character. Hence, any keen observer of the bhadralok psyche would say that it is not uncommon to see the process of othering non-Bengalis with some sort of negative stereotypes — say, the notion that the Marwaris or the Biharis are not the ones who can understand the films of Satyajit Ray and Mrinal Sen; or for that matter, the Gujaratis, it would be argued, know only business; and hence, they can’t understand what it meant to be a Rabindranath Tagore or an Amartya Sen. Second, with the passage of time, the engagement with all these Bengali icons, it appears, has been degenerated into mere ritualism: just a process of reaffirmation of the Bengali bhadralok identity. No wonder, Rabindranath Tagore has been reduced into a ritualistic mantra of singing a couple of songs (otherwise, how does one explain the systematic decay of Santiniketan, and spirituality means nothing more than a weekly visit to the Ramakrishna Mission, and listening to the Bengali-speaking monks. And third, the political class has always appropriated and cleverly played with these iconic symbols. For instance, an average Bengali would feel immensely happy if it is said that Netaji was the real hero, and the likes of Gandhi and Nehru betrayed him. Likewise, even the leftists quote selectively from Tagore, and tend to give the impression that the poet was some sort of a Marxist. In fact, be it the centrists, rightists or leftists, there is hardly any political group that will not seek to establish its claim over Tagore, Vivekananda, Kazi Nazrul Islam and Subhas Chandra Bose.

With its triumphant agenda, the BJP too is not lagging behind. It knows that it has to overcome its ‘north Indian’ look, show its intimacy with all these Bengali icons and symbols, and play the same game of appropriation. Hence, as it is thought, Vivekananda and Tagore ought to be recalled time and again to deprive Mamata Banerjee or, for that matter, bhadralok Marxists of their monopoly over the much-hyped Bengali culture. As this ugly politics of appropriation with its dramaturgical performance becomes the new normal, a severe damage is caused to our ethical and political sensibilities. Imagine Swami Vivekananda’s celebrated speech at the Chicago Religious Congress— the monk’s celebration of the Upanishadic message of oneness amid the plurality of paths and traditions; or his urge to transform ‘practical Vedanta’ into some sort of radical religiosity to create a humane/egalitarian society. Does the BJP understand that the radical monk cannot be fitted into the discourse of militant Hindutva? Or think of Tagore — his critique of narcissistic nationalism and the associated psychology of violence, and his poetic universalism as our true religiosity. Will Shah or Modi really contemplate, read the poet’s Geetanjali or the classic novel Gora, look at themselves, and rethink their politics? Or is it that it is just yet another act of role-playing?

However, the ultimate question is whether you and I can renew our critical faculty, and convey a message to these ‘smart’ performers that we are not going to be hypnotised by this theatre of the absurd.