The BJP’s earlier avatar has a legacy of trying to engage the country’s largest minority, albeit with limited success. A soothing touch can pave the way for a new beginning. A section of the Hindu Right was accommodating towards Muslims. Sangh ideologue Deendayal Upadhyaya had said he was prepared to accept ‘Muslim League’ taking part in Indian politics after Independence. 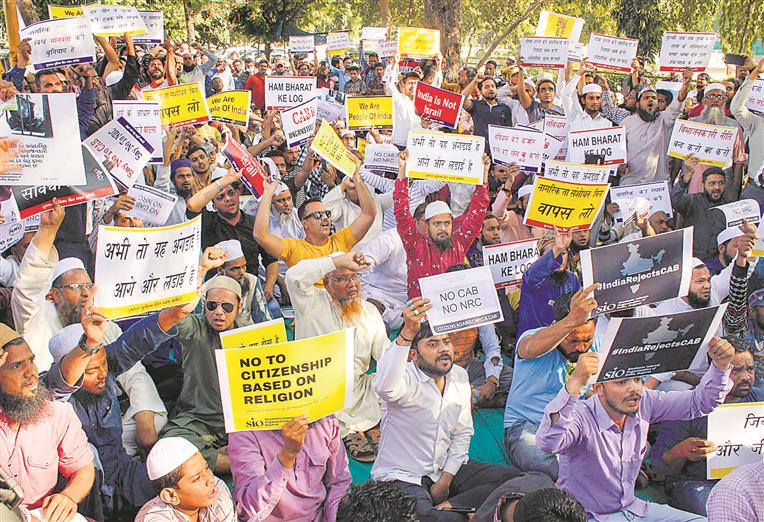 SPONTANEOUS: The protesters against the Citizenship Amendment Act lack any political flavour or ideology except in a broad sense of being anti-government. 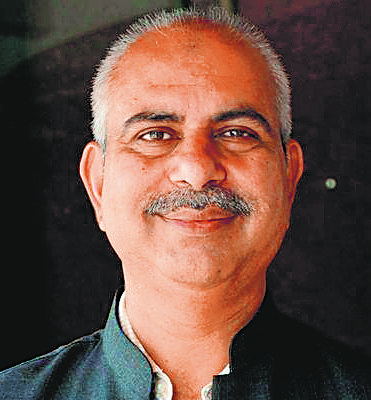 THE ongoing agitation against the Citizenship Amendment Act (CAA) and the proposed National Register of Citizens (NRC) is unique, offering a fresh perspective to both the Congress and the BJP.

While the BJP and its sympathisers may be quick to describe it as some sort of ‘Muslim uprising’ and manifestation of alleged ‘pent-up’ feelings against Prime Minister Narendra Modi’s electoral successes, the abrogation of Article 370, ban on instant triple talaq and Ayodhya court verdict, a closer scrutiny of the stir against the CAA-NRC presents a very different picture.

For the first time since the anti-Indira Gandhi-Emergency agitation, the protesters lack any political flavour or ideology except in a broad sense of being anti-government. Students from Jamia to AMU to IIT, IIMs and student bodies in Dispur, Chennai, Munger and other parts of the country joined as a cohesive group where religion, caste, creed and social identities got blurred. There is no organised political leadership to lead these protesters.

In Lucknow, Aligarh and Delhi, when the otherwise influential Muslim clergy tried to stop it, they were frowned upon. Salman Khurshid of the Congress was badly trolled over his failure to join the Jamia stir. Politically inclined Muslim intellectuals, liberals, heads of Islamic seminaries and Muslim leaders of non-NDA groupings are baffled over the protesters’ utter disregard, bordering on contempt. The move by the AMU authorities to hurriedly vacate university halls and hostels is proving to be counter-productive as agitating students, including girls, have become the flag-bearers of protests in their hometowns in states like Uttar Pradesh and Bihar.

The leaderless status of the CAA-NRC protest is prompting the Congress to take a lead. But veteran party leaders favour a more cautious approach. There is no sign of Rahul Gandhi’s willingness to physically join protests while Priyanka Gandhi wants state party units to launch their own agitational programmes. Party insiders say if Priyanka’s move is implemented, it may expose the Congress’ organisational weakness in mobilising crowds in most Indian states and towns and ‘politicise’ the stir on Congress-versus-BJP lines. Typical to her style, Sonia Gandhi reportedly wants a wait-and-watch approach and let her cadre join the stir in private, professional capacity or as per the call of conscience.

A dominant view among the ruling BJP-NDA is not to engage the protesters and dub them as those working against national interests or puppets of anti-BJP political forces. In their assessment, the stir has the potential to consolidate the majority community and provide rich electoral dividends in Jharkhand and Delhi.

But a minuscule section of the BJP leaders favours engagement. According to them, the apprehensions relating to citizenship are genuine even if they are mostly exaggerated. As a ruling party, the BJP has a task and duty to assuage such feelings among the Muslims and linguistic groups in the North-East.

Moreover, the BJP’s earlier avatar has a legacy of trying to engage the country’s largest minority, albeit with limited success. At a time when disquiet is real, a soothing touch can pave the way for a new beginning.

A section of the Hindu Right, including Sangh ideologue the late Pandit Deendayal Upadhyaya, was accommodating towards Muslims. In his writings and speeches, Deendayal Upadhyaya has been on record to say that he was even prepared to accept a ‘Muslim League’ (a party led by Pakistan’s founder Mohammad Ali Jinnah) participating in post-Independence Indian politics. “Woh bhi Bharat ka ek swatantra nagrik hain aur is prakar ki rajniti mein bhag lene ke liye puri tarah se haqdar hain” (They, too, are citizens of India and have a full right to participate in politics) Deendayal, a former Jan Sangh president, said, adding, “Lekin agar woh aaj bhi do rashtra ke siddhanth ka pakshdharta karta hain, toh mujhe nishchit roop se aapatti hai” (But if he is a still a believer in the two-nation theory, then I certainly have objections).

The Jan Sangh of the Deendayal era and later years did have some Muslim presence. Writer Imdad Sabri used to represent the BJS in the Delhi Metropolitan Council and rose to become the Mayor. Both Maulana Ikhlaq Hussain Qasmi and Sheikh Abdul Rahman served as vice-presidents of Jan Sangh units in Delhi and Jammu and Kashmir, respectively. Anwar Ali Dehlvi and Begam Khurshid Kidwai had won several elections as councillor on the BJS ticket from a Muslim-dominated Jama Masjid, Delhi constituency. Kidwai had served as deputy mayor too. Former union minister and BJP leader Arif Beg, who died in Bhopal in 2016, had joined the Jan Sangh in 1973.

According to Deendayal, there should be complete freedom to practise religion, but there is no place of faith in politics. He said, “Jan Sangh ka manna hai har sadasya ko apne dharma ke anusar puja karne ka pura adhikar hai aur party ka isse kuch lena dena naheen hai. Sanatan dharma, Islam, Christian, Arya and Jain dharma ke vyakti ho sakte hain lekin hum kisi roop se is aadhar par unke beech bhedbhav naheen kar rahe hain” (Jan Sangh believes that its members have a right to practise their religion. The party has nothing to do with it. Members can be followers of Sanatan dharma, Islam, Christianity, Arya Samaj and Jainism, but we would not discriminate among them.

Chaturvedi Badrinath, a former officer of the Indian Administrative Service, who wrote extensively on Deendayal’s thoughts, claims that the Jan Sangh leader advocated a thesis that dharma does not lie in the rule of the majority. For Deendayal, the concept of dharma was not ritualism or religion but a moral force that sustains and upholds. Chaturvedi Badrinath insists that Deendayal disagreed with RSS head MS Golwalkar’s vision of a future India as that of Hindu India.

In this context, it is Narendra Modi and his deputy Amit Shah’s call to adhere to Upadhyaya’s line of thinking or accept Golwalkar as a role model.