For China, which has long worried about its restive Tibetan population and the fact that hostile powers could instigate Tibetan diaspora in its neighbourhood to fan instability in China, the Act comes at an awkward time. It coincides with the deterioration in China’s relations with the US, growing strain in ties with India, and increased restiveness among its ethnic minority populations in Tibet, Xinjiang and Inner Mongolia. 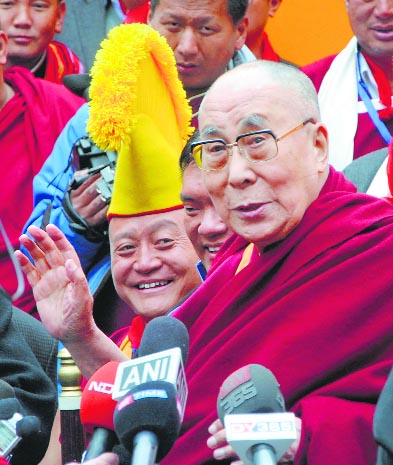 New law: The Tibetan Policy and Support Act, recently enacted by the US, recognises the authority of the Dalai Lama and Tibetans to choose his reincarnation. PTI 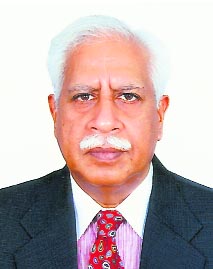 In the weeks before its departure, the Trump Administration has enacted laws and regulations that transgress what China claims are its inviolable ‘red lines’. These include arms sales, contacts and higher-level visits to Taiwan by US officials, imposition of sanctions against Chinese cadres at all levels and, most recently, a definitive denial to the Communist China of any say in the selection of the Dalai Lama’s reincarnation. The new US Administration led by Joe Biden that takes over on January 20 is very unlikely to rescind any of them.

The Tibetan Policy and Support Act of 2020 (TPSA), passed with bipartisan support and signed into law by Trump last fortnight, is a setback to Beijing. It threatens to undo Beijing’s decades-long efforts in Tibet to eliminate the Dalai Lama’s influence, Sinicise Tibetan Buddhism and assimilate Tibetans into mainstream China. The TPSA recognises the absolute authority of the current Dalai Lama and Tibetans to select the Dalai Lama’s reincarnation.

It effectively challenges China’s insistence on a role, which Beijing claims is sanctified by history, in selecting and approving the Dalai Lama’s reincarnation.

Chinese officials refer to the method introduced by the Qing dynasty of China in the late 18th century to select rinpoches, lamas and other high offices within Tibetan Buddhism by dropping names into a ‘Golden Urn’ and drawing lots. The selected name is then approved by Beijing. China’s State Religious Affairs Bureau sought to institutionalise the practice through Order No. 5 in 2007. To further tighten its grip, China brought the State Religious Affairs Bureau, till then functioning under the government, directly under Chinese Communist Party (CCP) control in 2018 after the 19th Party Congress.

In fact, however, only the XIth and XIVth Dalai Lamas have been selected by this method!

By urging the Chinese government to resume talks with the Dalai Lama’s Special Envoys as well as the Central Tibetan Administration (CTA) in Dharamsala, the TPSA has implicitly sought to enhance the CTA’s role and acknowledged it as representing and reflecting the aspirations of the Tibetan diaspora around the world. It is undoubtedly a morale booster for Tibetans as it implies continued long-term US support to the CTA.

For China, which has long worried about the restive Tibetan population inside China and the fact that hostile powers could instigate the Tibetan diaspora in its neighbourhood to fan instability in China, the TPSA comes at an awkward time. It coincides with the sharp deterioration in China’s relations with the US, growing serious strain in relations with India, and increased restiveness among China's ethnic minority populations in Tibet, Xinjiang and Inner Mongolia. A direct consequence of this will probably be increased pressure on Nepal and Mongolia and enhanced Chinese vigilance on its borders with neighbours.

The unrest in China’s border provinces of Tibet, Xinjiang and Inner Mongolia has been provoked by the implementation of Chinese President Xi Jinping’s concept of ‘Zhonghua minzu’ — often translated as ‘Chinese nation’ — which is central to his ‘China Dream’. At the Central Ethnic Work Conference in 2014 and later at the Seventh Tibet Work Forum in August 2020, Xi Jinping insisted that “cultural identity is the foundation and long-term basis for strengthening the great unity of the Chinese nation.” Having a common language is considered essential to this and, therefore, the emphasis on replacing ethnic languages like Tibetan with Mandarin.

The Tibet Autonomous Region (TAR) authorities have since early last year specifically renewed emphasis on the need for safeguarding national unity and sustained opposition against “separatist activities of the Dalai Lama and the Dalai Clique”. Campaigns continue across TAR with Public Security Bureau teams travelling to border counties like Ngari (Ali) to arrest ‘separatist’ elements. There has been a noticeable uptick in propaganda by TAR authorities since August last year to dilute the Dalai Lama’s influence among Tibetans and especially among Tibetan Buddhist monks and nuns. The effort is led by senior TAR cadres, including TAR Party Secretary Wu Yingjie.

The TAR leaders have focused on monasteries to persuade monks and nuns to become ‘models’ and instruct them on the provisions for recognising the 'Reincarnation of Living Buddhas'. Equally emphasised are study of Xi Jinping’s ‘strategic exposition’ of governing and stabilising Tibet’s borders and “the practice of Tibetan Buddhism should obey the rules of the Chinese Communist Party (CCP) to ensure stability in the region and unity among different ethnic groups.”

To lend religious authority and reinforce the effort, the Chinese authorities last year positioned Gyaltsen Norbu, the Chinese-selected Panchen Lama, in TAR for the longest period yet. He, for the first time, travelled to Ngari, Lhoka, Nagchu and Nyingtri and visited all major monasteries.

Coinciding with the 25th anniversary of his appointment as the Panchen Lama, the China Tibet News portrayed Gyaltsen Norbu as ‘a true living Buddha’ and highlighted his message of ‘love the country, love education, protect the country and benefit people.’

The coming period will be difficult for China as it will probably confront a situation of ‘Two Dalai Lamas’, something they want to avoid! Tibetans have, after all, not yet accepted Gyaltsen Norbu as their Panchen Lama. This will make it more difficult for Beijing to calm Tibet.

India will have a crucial role during this period. It should adhere to its current policy of non-interference in the religion of Tibetans and acceptance of their beliefs.

In the interim, it is important for India to regain its stature as the centre of Buddhism, which includes according prominence to the XIVth Dalai Lama and other ranking Buddhist religious personages.