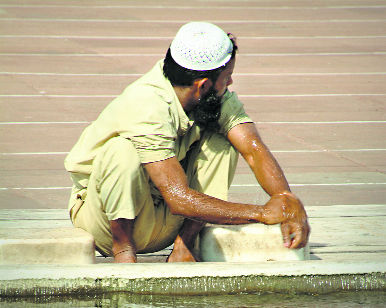 What will the PM and Shah do with the millions of people who will not be able to produce any documents to show they were born here? 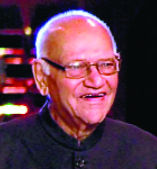 THE Mohalla Committee Movement in Mumbai had brought Hindu and Muslim slum dwellers on one platform. Its work will be nullified by the amended Citizenship Act!

On my return from Romania in 1993, I spent a couple of months deciding on how to spend my post-retirement days. By mere chance I met Mumbai’s Sheriff, Fakruddin Khorakiwala, at a wedding reception. Sheriff Fakruddin had introduced the Bhiwandi concept of Mohalla Committees in the city during the riots of 1992-93. He wanted me to take over this work as the relations between Hindus and Muslims were fraught with anger and suspicion. I readily accepted the challenge as the work suited my temperament.

By sheer coincidence, the very next morning I received a telephone call from my good friend Kekoo Gandhi, a local Parsi businessman of excellent standing. Kekoo was immersed in the work of the MRA (Moral Armament) which sought to spread human values and understanding between people and communities. Kekoo invited me to the MRA flat just down the road from where I stay to meet Sushobha Barve, a Maharashtrian lady working for the MRA. Sushobha had worked tirelessly during the riots for communal peace. She had gone out of her way to befriend poor Muslims staying in slums. Sushobha had contacts at the grassroots. I had contacts in the police. The police were required on board because without their support our efforts would go in vain!

A third coincidence that helped in the formation of the Mohalla Committtee Movement was the presence of Satish Sahney, a remarkable IPS officer, as the Commissioner of Police at that moment of time. A further coincidence was that the then Chief Minister of Maharashtra, Sharad Pawar, had attempted to approach Muslim leaders and failed. He wanted the Police Commissioner to address the problem of alienation!

So when Sushobha and I met with Satish Sahney at his office in Crawford Market, he was overjoyed and immediately agreed to our suggestion of forming a partnership between Hindu and Muslim residents of the slums and the police as the third and necessary partner in the process of reconciliation. Pawar and Satish knew that with the largest minority alienated, it would be difficult to police a metropolis as big as Mumbai.

The Mohalla Committee Movement was started after two marathon sessions with the Muslim leaders and shorter sessions exclusively with women, who were more agitated with what they considered the injustices of the police during the riots.

The Mohalla Committee Movement in Mumbai is entering its 26th year of existence and continues to influence local residents at times of tension. The police have found it most helpful in reducing the chances of situations going out of control and graduating from rumour mongering and stone throwing into full-blown rioting. Mohalla Committee members with the benefit of leadership of retired police officers keep in touch with slum residents on a daily basis.

These selfless workers report that presently the poor Muslim in the slum is living in constant fear of being declared a foreigner and a non-resident of the country despite the Prime Minister’s and the Home Minister’s assurance that no Indian Muslim will be touched. It is sad that the credibility of our leaders is currently so low!

The dovetailing of the amended citizenship law into the National Register of Citizens, which the Home Minister threatens to enforce in all the states, despite its disastrous application in Assam, has disturbed the Muslims considerably.

The amended Citizenship Act which excludes all communities except Muslims from its ambit will save the Bengali Hindu illegal migrants in Assam. But it will target Muslims in other parts of the country. It sends a clear message to the Muslim that he is not wanted in Mr Modi’s and Mr Shah’s India.

Many of these poor Muslims do not have any documents to show that they were born in this country before 1971 or 2014, or whichever date is applied. They have no papers at all because of poverty and illiteracy. Those who have documents have fished them out of their trunks and kept them ready for inspection!

What exactly do Mr Modi and Mr Shah want to do with the millions of people who will not be able to produce any documents to show that they were born here? Pakistan or Bangladesh are not going to accept them. Then are they going to open concentration camps for millions of people and feed them till the day they die? It will entail expenditure of crores of rupees to identify such illegal residents and some more crores to feed them in camps. This is an insane exercise, the magnitude of which has not obviously been calculated and thought through.

I would not like to be a Muslim in India at this juncture of our history. But as Pastor Nieomoller in Nazi Germany remarked, no one knows if he or she is next!