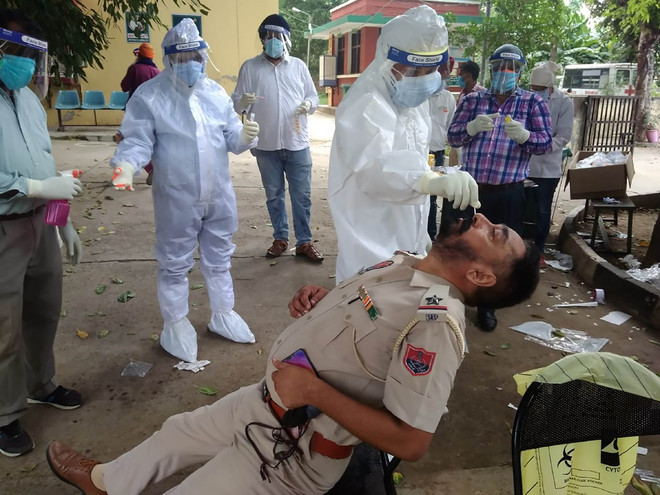 With 94 new cases surfacing, the caseload in the district reached 16,670 on Friday. Four deaths were reported as well. As many as 15,266 people have been discharged to date and the active cases are 883. Also, as many as 593 people are under home isolation currently. At Kapurthala, eight people tested positive for the virus.

One succumbs, 23 new cases in Hoshiarpur

The Health Department reported 23 new Covid-19 positive on Thursday. As a result, the number of positive patients has increased to 6,731. With death of one person, the toll has reached 236 in the district.

Civil Surgeon Dr Jasvir Singh said they took 1,520 samples of people with flu like symptoms today. With this, the total number of samples taken till date in the district has touched 1,82,845.

The Civil Surgeon said the number of active cases was 203 while 6,292 patients had recovered so far. Out of 23 new positive cases, four cases were related to the city while remaining came from various health blocks of the district.