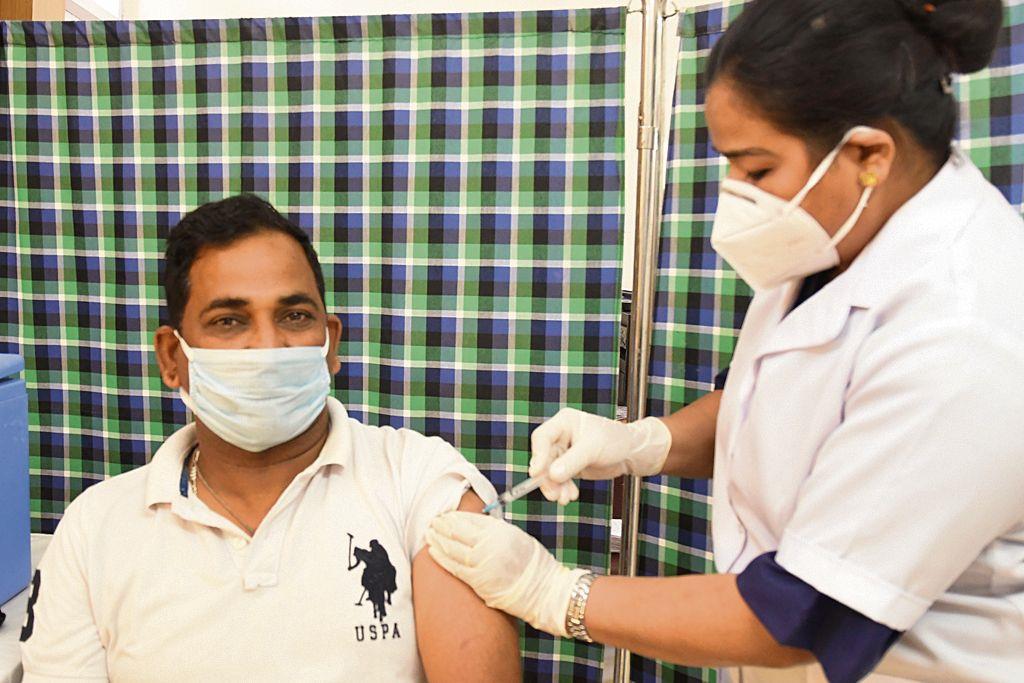 A man aged above 45 gets the Covid-19 vaccine at a community centre in Sector 23, Chandigarh, on Saturday. PHOTO: Pradeep Tewari

The city today recorded 310 fresh cases of Covid-19, which is the highest since mid-September last year. The active caseload is 3,162, the second highest after September 16 when the UT had 3,171 active cases.

The city started witnessing a rise in cases on August 17 with 114 single-day cases and reached the peak on September 13 with 449 cases. During this period of 28 days, 5,775 cases were recorded.

With 5,615 cases having been recorded since March 6, the second surge is of the same magnitude as of the first wave.

Dr Rajesh Kumar, former head of School of Community Medicine and Public Health, PGI, said, “The cases are expected to rise in the days to come and it is quite possible that the second wave turns out to be more infectious.”

The month of March has seen around 5,000 cases against 845 cases seen in February. To prevent the further spread of Covid in the city, a three-member Central team laid emphasis on contact tracing and enhancing vaccination. At 14 per cent, the weekly positivity rate of the city is still the second highest in the country after Maharashtra.

As many as 4,203 doses of the Covid vaccine were administered in the city today. So far, 75,228 first doses and 13,071 second doses have been given to beneficiaries in the city.

An advisory issued by the UT Health Department on Saturday read, “There is a steady increase in Covid cases. In the past 10 days, the city saw an average of over 250 cases a day. It has been observed that the present wave is more infectious and virulent and could send more people to hospitals with moderate to severe disease. All should follow Covid-appropriate behaviour, wear a mask, observe social distancing, avoid crowding and wash hands regularly. People should get themselves vaccinated. It will protect them from severe illness.”

One death in city

The city recorded one Covid-induced death on Saturday, taking the toll to 382. With 310 fresh cases, the UT case tally reached 27,853. A total of 191 patients were cured of the disease in the past 24 hours.