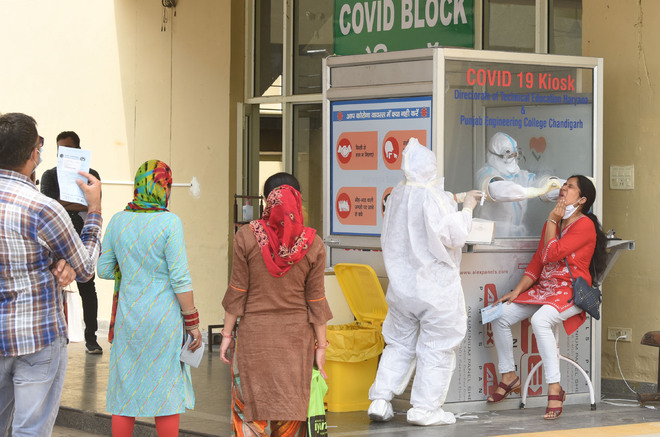 Health workers collect a sample for Covid-19 at the Civil Hospital in Panchkula. PHOTO: RAVI KUMAR 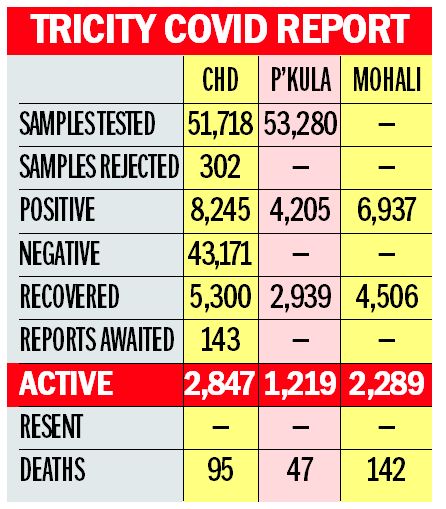 Dr Manjit Singh said 274 fresh cases had surfaced in the district during the past 24 hours. These included 99 from Mohali urban, 38 from Kharar, 46 from Gharuan, 50 from Dhakoli, 29 from Dera Bassi, eight from Lalru and four from Banur. Meanwhile, 204 patients recovered from the virus and were discharged from various hospitals in the district.

The district has so far seen 6,937 positive cases of coronavirus. Of them, 4,506 patients have been cured and discharged. There are 2,289 active cases. As many as 142 persons have died of the virus.