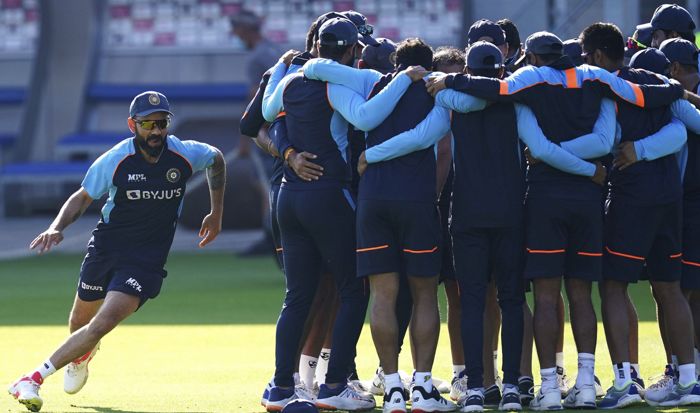 The fifth and final Test match between India and England, scheduled to be played at the Old Trafford here from Friday, has been thrown in uncertainty after the Indian team’s assistant physio, Yogesh Parmar, tested positive for Covid-19. The latest RT-PCR test reports of the players are still awaited.

After the Indian team was forced to cancel its practice session today, Indian cricket board (BCCI) president Sourav Ganguly said he is unsure whether the match will take place. “We don’t know if the match will happen at the moment. Hopefully we can get some game,” said Ganguly at a book launch in Kolkata.

England vice-captain Jos Buttler was hopeful the match would go ahead as per plans. “We don’t know too much to be honest at the moment. It would be naive to speculate too much on stuff I don’t know about,” Buttler said at a virtual news conference. “Presently we’re fully expecting the game to go ahead and we’re preparing. Fingers crossed, the game will go ahead. Things are all fine in our camp.”

Earlier, head coach Ravi Shastri and bowling coach Bharat Arun had tested positive during the fourth Test at the Oval in London.

Parmar testing positive leaves the team without a physio as the main physio, Nitin Patel, is already in isolation after Shastri contracted the virus. Besides Shastri and Patel, fielding coach R Sridhar and Arun are also isolating in London. Only batting coach Vikram Rathour was with the team when it won the fourth Test at the Oval on Day 5.

It is learnt that the BCCI has asked the England and Wales Cricket Board (ECB) to provide the Indian team a physio. BCCI and ECB officials were engaged in discussions over whether the match could be played after Parmar tested positive. The result is reported to have come after a fresh round of testing on Wednesday evening. The team had trained as per schedule in the morning, and it is understood Parmar experienced the symptoms after the training. — TNS, Agencies