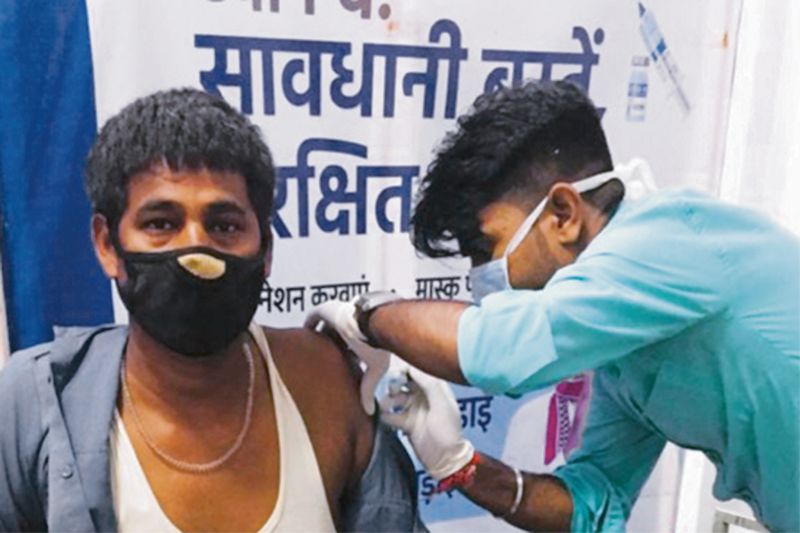 A health worker administers a jab at the GMSH-16. Pradeep Tewari

There has been a slight spike in deaths related to Covid-19 in Chandigarh. In just 14 days, five patients have succumbed to the disease. Last month, the virus had claimed only two lives in the city. There has been a 150 per cent rise in deaths this month. 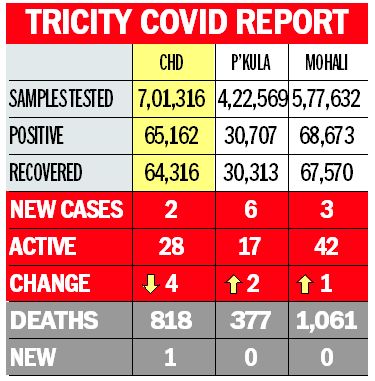 On Tuesday, a 24-year-old patient with severe acute respiratory distress syndrome died due to Covid-19.

Dr Amandeep Kang, Director, Health Services, said, “There has been a rise in Covid deaths lately. We studied these cases and found that one patient was ill for the past six months and was taking treatment from a private hospital. One patient was fully vaccinated and another was partially vaccinated. The vaccine does not reduce the chances of catching infection, but reduced the likelihood of hospitalisation. However, there will be cases where very sick and vulnerable patients will die of Covid-19. It is very important to wear mask and avoid transmission.”

In a fresh batch of samples sent on August 21, the variant of concern has been detected in 25 samples. A total of 27 samples were sent for genome sequencing, the results of which were received on September 14. The Delta variant was found in nine samples, while 16 samples were detected with sub-lineages of the variant. Dr Amandeep Kang, Director, Health Services, said the variant had been dominant in the UT since the second wave. “There is no direction from the Centre regarding the existing variant. The government had warned us about the Delta plus variant, which has not been found in the city in the recent samples,” she said.

Chandigarh: The city on Wednesday reported two cases of Covid-19 and one death due to the virus. Five patients were cured of the disease. — TNS

3 cases surface in Mohali, no death

Mohali: Three fresh Covid cases were reported from the district during the past 24 hours. No fresh death was reported, while two patients were cured of the virus. — TNS

Panchkula: Six Covid cases surfaced in the district during the past 24 hours. No fresh death was reported. Meanwhile, 12,599 persons were vaccinated across the district. — TNS