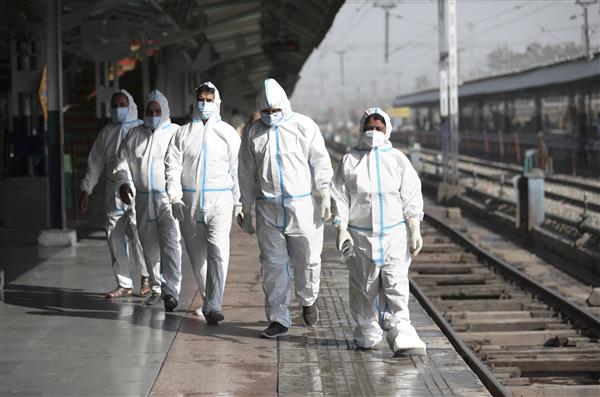 Scientists have predicted using a mathematical model that the ongoing second-wave of COVID-19 pandemic across the country could peak by mid-April, following which the infections may see a steep decline by the end of May.

During the first wave of COVID-19 infections across India, the mathematical approach, named SUTRA, predicted that the initial surge of infections in August would peak by September and lower in February 2021.

Scientists, including Manindra Agrawal from Indian Institute of Technology (IIT) Kanpur, applied the model to predict the trajectory of the current surge in infections and found that the number of daily new infections is likely to peak in mid-April for this ongoing pandemic wave.

"For the last several days, we have found that there is a reasonable chance that the cases in India could peak sometime between 15-20 April. It is a sharp slope, but on the way down, it would likely be equally sharp, coming down very fast and by end of May may see a dramatic reduction," Agrawal told PTI.

"There is some uncertainty in predicting the peak value of daily new infections because of the sharp rise. Currently, it is coming to 1 lakh infections per day, but this can go up or down. But the timing remains the same between April 15-20," he added.

The scientists predict that in the current wave, the first state to peak could be Punjab in a few days, followed by Maharashtra.

However, the IIT Kanpur professor added that the model's prediction of the new peak is sensitive to the daily new infections data.

"Even a little bit of change each day causes the peak numbers to change by several thousand numbers. But the location of the peak has remained on mid-April," he added.

Independent calculations made by scientists, including Gautam Menon from Ashoka University in Haryana, have also predicted that the peak of the ongoing wave of infections could be between mid-April and mid-May.

However, Menon cautioned that such projections of COVID-19 cases should really be trusted only in the short term.

"Any excessively precise prediction, of a peak within just a 5-day window, would ignore the many uncertainties associated with the inputs to any such calculation," Menon, who was not involved in the SUTRA modelling, told PTI.

Agrawal noted that the model uses three main parameters to predict the course of the pandemic.

The other two parameters, he explained are 'Reach', which is a measure of exposure level of the population to the pandemic, and 'Epsilon' which is the ratio of detected and undetected cases.

"The reason we had to introduce 'Reach' is that unlike earlier pandemics which start at a location and suddenly spread fast across a place, in COVID, the spread of the pandemic has been slower due to the many protective measures in place," Agrawal explained.

The mathematician said 'Epsilon' helps factor in the number of asymptomatic infections across the country.

"Since the detected cases are quarantined, we assume they no longer contribute to new infections. So a growing number of daily new cases, reflect larger undetected infections. By measuring the number of new cases each day, we try to estimate the undetected and asymptomatic infections," Agrawal explained.

He added that the model relies on inputs from daily reported new infections, based on which the value of the three main parameters are inferred.

"We learn everything from the daily-infections data. The beta value across India has gone up by 50 per cent in March, which indicates that a combination of factors—people becoming more relaxed, and more infectious variants going around. But precisely what reason this could be is something biologists have to say," the scientist noted.

While the model did not previously predict a second-wave in India, he said it could have been due to a change in the parameters sometime between February and March 2021. 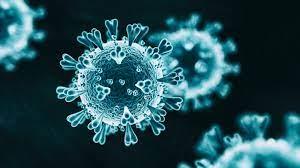