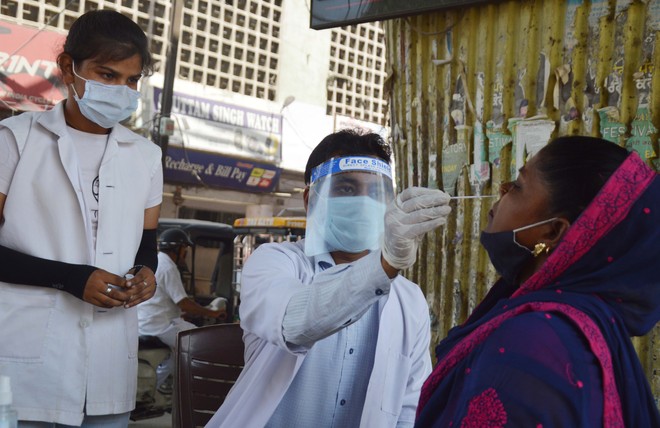 A woman gives a sample for Covid test in Ludhiana. Inderjeet Verma

A 60-year-old man from Aittiana village in Ludhiana district succumbed to Covid, while 50 fresh cases of the virus were reported on Wednesday.

Civil Surgeon Dr Kiran Gill said 62 fresh cases — 50 from Ludhiana and 12 from other districts or states — were confirmed today. She said three persons — one each from Ludhiana, Sangrur and Ferozepur — died due to the virus.

In Ludhiana, four persons came in contact with positive patients, 16 visited OPDs and 21 visited Flu Corner, while seven cases are yet to be traced. An undertrial and a person with severe acute respiratory infection also tested positive for the virus.

Deputy Commissioner Varinder Kumar Sharma informed that there are 476 active patients in the district at present.

The total number of persons who lost their lives is 2,080 from Ludhiana and 1,034 from other districts, the Deputy Commissioner said.

Sharma appealed to the residents to adhere to all safety protocols like wearing masks, maintaining social distance and washing hands frequently. 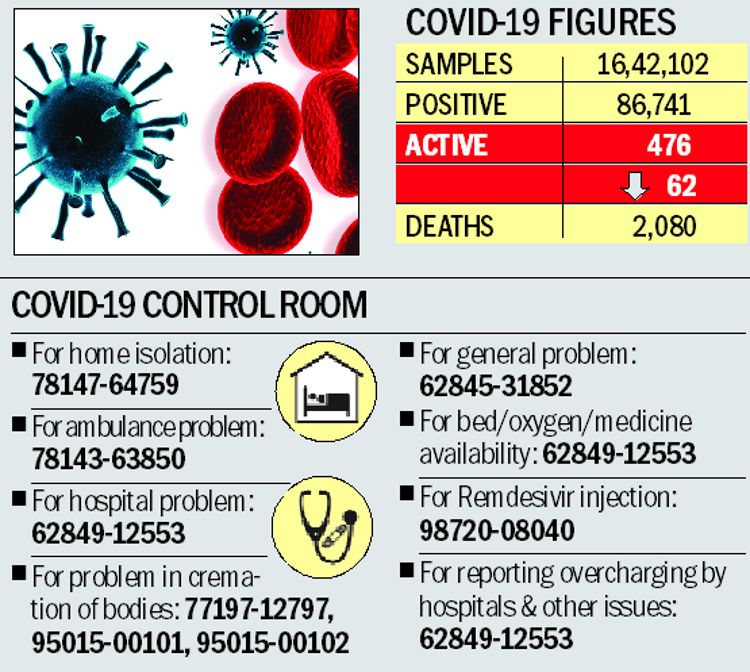