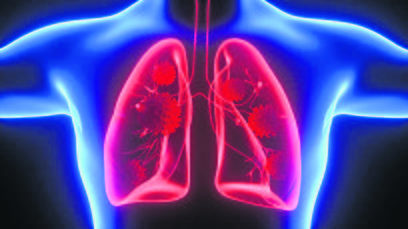 Punjab’s Covid expert group head, Dr KK Talwar, said during a meeting that almost 30 per cent patients were reporting post-Covid complications and continued to be symptomatic.

The war against Covid is not yet over for many as discharged patients are reporting a dip in the oxygen level after they get back home.

Amit (38), a resident, was able to save his father at first, if not his mother, from Covid. His father was discharged from the hospital and he was to arrange an oxygen cylinder at home. “I lost my father as we had to shift him back to the hospital after his oxygen level dropped suddenly. He could not survive the second time,” he said.

Punjab’s Covid expert group head, Dr KK Talwar, said during a meeting that almost 30 per cent patients were reporting post-Covid complications and continued to be symptomatic. Patients are taking almost three months to get back to normal and need to be strictly monitored. Talking to Chandigarh Tribune, Dr Talwar, who is also a former head of the PGI, said: “Some of the serious symptoms after Covid involve heart attack, brainstroke, tachycardia, breathlessness and sudden dip in the oxygen level and such symptoms can persist up to three months. Some patients also reported fever one week after they tested negative. There are chances of pulmonary embolism (blood clotting) that can create hypoxia.”

“Patients with lung involvement suffer from scarring of the lungs due to which the dependency on oxygen increases. It is advised to go to a doctor in case of breathlessness,” said Dr Talwar.

He said: “Younger people, who reported post-Covid complicationd, are mostly those who took alcohol and smoked. They should be more careful.”

Citing the case Flying Sikh Milkha Singh, who was discharged after Covid recovery but had to be hospitalised again, the Punjab Chief Minister, Capt Amarinder Singh, had stated that “20 per cent patients in hospitals in Patiala are similar cases of recovered patients being readmitted.”

Dr Yashpal Sharma, Head of Cardiology, PGI, said: “Patients come to us with problems such as breathlessness and a dip in the oxygen level after being discharged. More cases of post-Covid complications have been observed in the second wave. Patients with cardiac history also have aggravated symptoms after Covid. Patients are becoming dependent on oxygen at home after being discharged. We are mulling educating attendants on patient care. Patients should avoid any rigorous physical activity such as running for six to eight weeks.”