Some relief, no Covid death in Punjab after 13 months 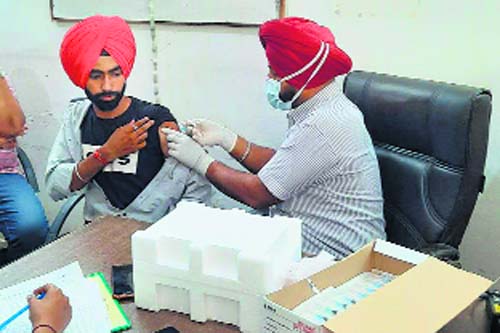 A youngster gets inoculated in Patiala. Tribune photo

For the first time this year, Punjab reported no deaths because of Covid-19 today.

The last time that zero deaths were reported in the state was on June 10, 2020. Dr Rajesh Bhaskar, State Nodal Officer for Covid, said the zero death rate after 13 months had come as a big relief and showed that the second wave had finally abated.

“But this is not the time to throw caution to the winds and everyone must follow all Covid protocols to remain safe,” he cautioned.

It may be noted that the positivity rate in the state has also fallen to 0.13 per cent. The highest positivity rate of 0.88 per cent has been reported in Barnala, while six districts of Faridkot, Fazilka, Mansa, Patiala, Ropar and Nawanshahr have reported zero positivity rate.