To gauge prevalence of SARS-CoV-2, antibodies 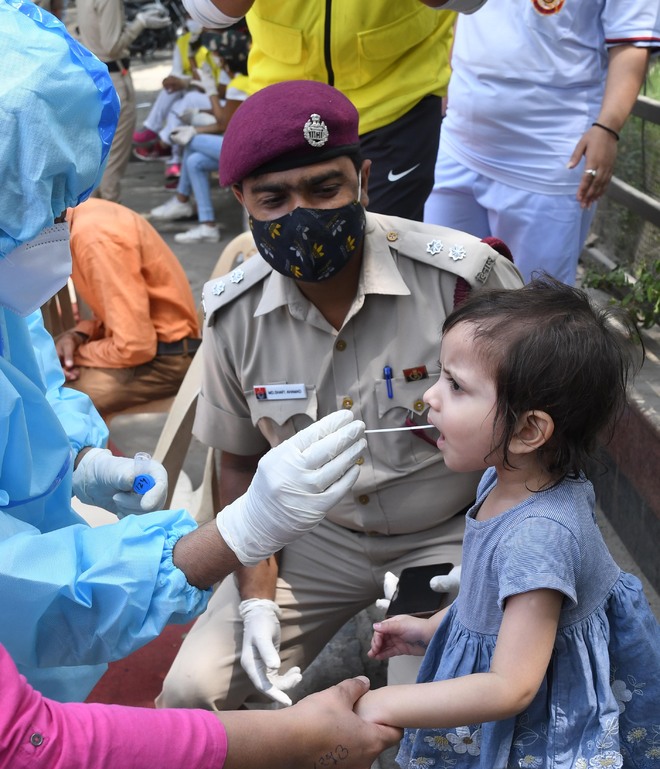 Foreseeing the impact of the third wave of Covid-19 more on children, the state health department has decided to conduct a sero survey among kids aged between six and 18 years to gauge the prevalence of SARS-CoV-2.

This is for the first time that a sero survey is being conducted among children. However, SARS CoV-2 sero surveys on adults have already been conducted many times in the state.

Nodal officers to facilitate the survey have already been appointed and the sample collection across districts began on Monday. The health department says around 92 samples will be collected from each district.

Dr Rajesh Bhasker, state nodal officer, said the sample collection would be completed in a week. “The samples will be tested for SARS CoV-2 antibodies to check the prevalence of Covid among children. The survey will also help us prepare for the third wave, which is likely to affect children more.”

He said they would strategise their preparedness for the possible third wave on the basis of the results of the sero survey.

It has been learned that health officials have been told to complete the survey by July 30. However, the samples in some districts might not be collected owing to the ongoing protests of the PCMS doctors across the state over cut in their Non-Practicing Allowance in the 6th Pay Commission report.

The state nodal officer said: “In some districts, the doctors’ ongoing protest may affect the sample collection process. However, we are hopeful that the survey will be completed in the stipulated time.”