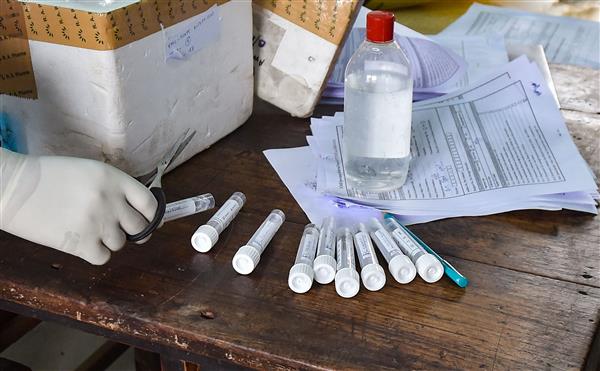 Over 400 ICU beds have been added in hospitals run by the Centre and the Delhi Government in the city over the last five days amid a surge in coronavirus cases, officials said on Saturday.

“As many as 411 ICU beds have been added in government hospitals in Delhi over the last five days after Chief Minister Arvind Kejriwal issued directions in this regard,” the official said.

Twenty-nine beds were added on Tuesday, 100 on Wednesday, 76 on Thursday and 206 on Saturday, the official said.

“Several private hospitals have also added more ICU beds after they were told to reserve 80 per cent of them for COVID-19 patients,” he said.

The Aam Aadmi Party government had on Thursday directed private hospitals to increase the percentage of non-ICU COVID-19 beds from 50 per cent to 60 per cent.

It had also order 42 private hospitals to reserve 80 per cent of ICU beds for coronavirus patients with immediate effect.

The national capital recorded 6,608 fresh COVID-19 cases in a day taking the infection tally on Friday to over 5.17 lakh, while 118 more fatalities during the same period pushed the death toll to 8,159, authorities had said.

The positivity rate was 10.59 per cent, according to a bulletin issued by the Delhi health department on Friday.

The city reported 7,456 COVID-19 cases on Thursday and the positivity rate was 12.09 per cent. The highest single-day spike in cases till date in Delhi was 8,593 which was recorded on November 11. On the same day, 85 fatalities were registered.

On Friday, 118 fatalities were recorded which took the death toll to 8,159. The city had recorded its highest 131 single-day deaths on November 18.