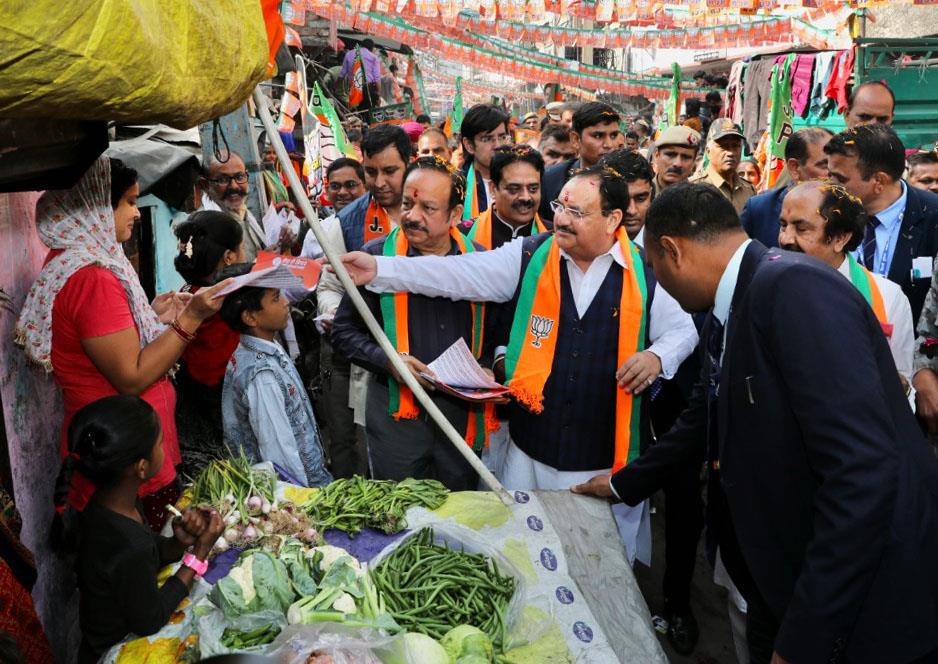 BJP president JP Nadda during a door-to-door campaign for the MCD poll at Wazirpur in Delhi on Sunday. Tribune photo

Terming the Aam Aadmi party (AAP) as a “political start-up”, Union Minister Hardeep Singh Puri, who came out in support of his party candidates for the MCD poll, today said for the BJP every election was a serious affair not only to win but also to create “a politically mature narrative”.

Puri, who hit the ground with the BJP’s “super Sunday” campaigning for the MCD polls, said elections provided his party with an opportunity to take their programmes and plan of action before the people.

It is interesting here to note that this time around in a municipal election the BJP has fielded its top guns, including party president JP Nadda, Union Ministers Rajanth Singh, Piyush Goyal and several of the Chief Ministers for campaigning in the MCD polls. Puri also took a swipe at the AAP’s “freebies” strategy for polls, and said the more pressing issue was to “rebuild the city” as the Capital’s area had remained the same while its population had increased manifold.

“The candidate here has said she will make it the most beautiful constituency,” he said while canvassing for the BJP’s candidate in Kalkaji area of south Delhi.

Puri, while pointing out that Arvind Kejriwal during the massive Anna Hazare-led anti-corruption movement had said he would never get into politics and remain a social activist against corruption, said the AAP has now become the “most corrupt party in the country”.

“That political start-up was formed because the Congress-led government then was considered to be a record holder for all-time high corruption,” he said.

‘Teachers will be regularised ‘