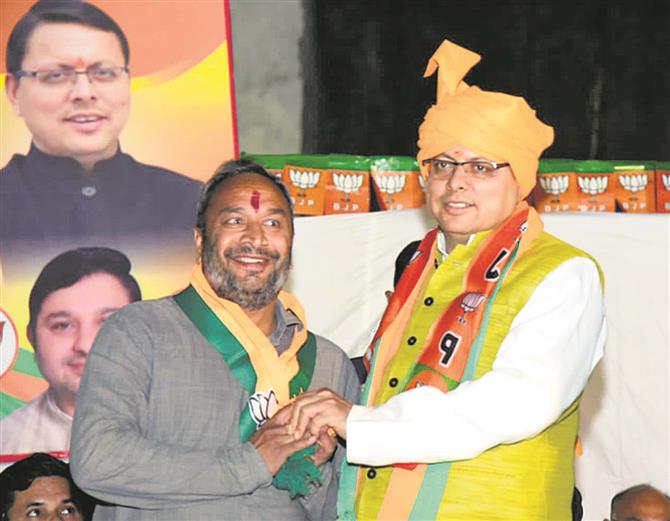 Taking a dig at AAP, Uttarakhand CM Pushkar Singh Dhami on Thursday said the BJP would retain power in the MCD elections and would not let AAP even “open its account”.

“Delhi will continue what was started in Uttarakhand where they didn’t let the party even open its account,” he told the media.

A day after the Uttarakhand Assembly passed a stricter anti-conversion Bill, Dhami on Thursday said, “Religious conversion is going on at a lot of places. It is a cause for concern. We have made a provision that nobody will be able to indulge in religious conversion.”