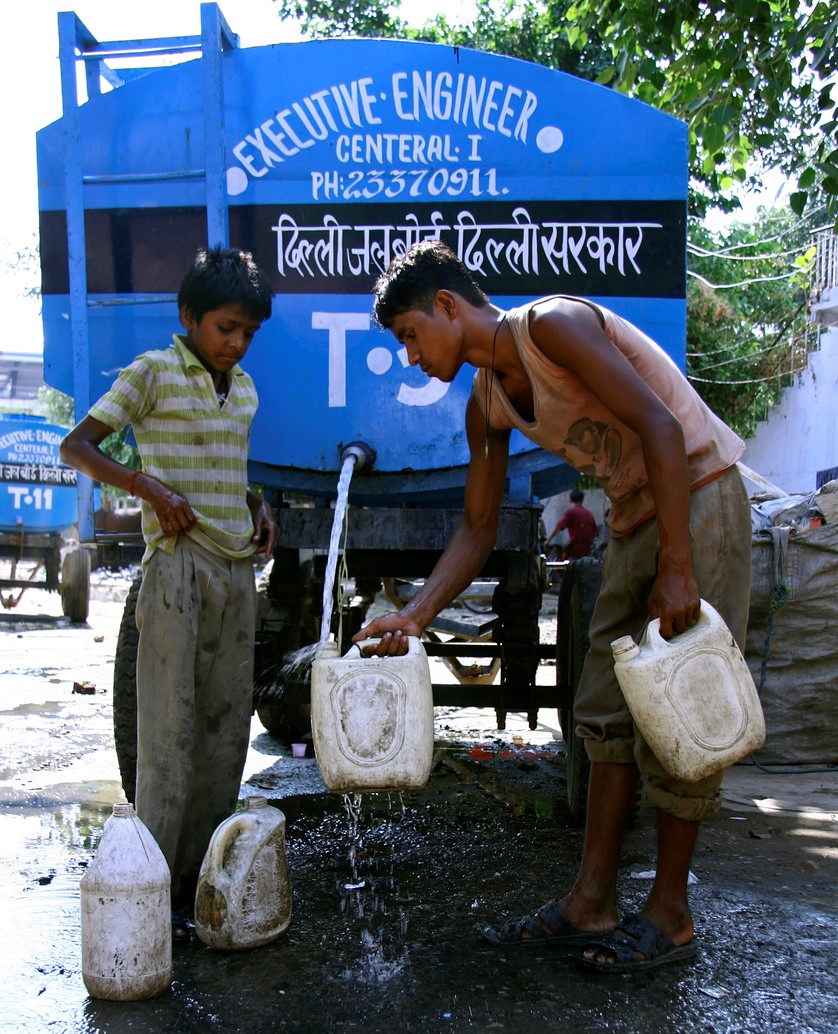 People living in JJ clusters in Delhi will not have to stand in queues for long for water tankers as the government plans to install around 1000 RO water vending machines there by the end of next year which will operate 24X7.

The water ATMs will be installed on the existing tube wells at government facilities, such as those belonging to the Delhi Urban Shelter Improvement Board, a government official told PTI.

The proposal comes ahead of the municipal corporation elections due in April 2022.

“The work on the project will get underway by April 2022 and will be completed by December 2022,” the official said.

These water dispensing systems will gradually replace tankers which cause a lot of inconvenience to people dwelling in such clusters, he said.

“People in JJ clusters have to wait in long queues for hours for a tanker which becomes empty within 15 minutes of reaching the area. Many times, the tanker never reaches them.

“Now, RO-filtered water will be provided 24X7 through these dispensing systems,” the official said.

A 100 kilolitre dispensing system will be installed for every 500 households or 2,000 people, which means 250 to 200 litres of drinking water per family per day.

The Delhi Jal Board (DJB) is also considering providing a card to each household so that every family gets a fixed minimum quantity of water every day.

“There will be a proper mechanism to prevent overuse of water. A fixed quantity will be dispensed per household per day. There will be no queues and long waits as these vending machines will operate 24X7,” the official said.

With their installation, water availability per household also stands to increase.

According to the official, a DJB tanker carries 3,000 litres of water and even if five tankers are sent to an area per day, people get a maximum of 15,000 litres.

But here, one vending machine will dispense 100,000 litres of water, he said.

Considering salary of drivers, fuel, and other operational and maintenance costs, it costs the DJB Rs 150-200 to supply 1000 litres of water through tankers.

The cost per 1000 litres of water through vending machines will be much less, he added.

Another official told PTI on condition of anonymity that tankers waste a lot of water in transit from one point to another.

“Also, only four out of 10 tankers reach their destination and that’s why we have been stressing on installing GPS systems on all of them,” he said, adding around 6,000 tankers supply water to JJ clusters.

“The dispensing systems will be a big step forward in preventing water theft. And, there will not be any chaos for water in JJ clusters like it is now,” the official said.

The government will use advanced RO systems in the vending machines to minimize water loss in the purification process.

These new RO systems will be able to purify 80 per cent of the raw water. The 20 per cent non-potable water will be collected in tanks for other purposes such as bathing and washing, officials said.

Of the total groundwater available in Delhi, only 25 per cent is freshwater and the rest is saline. Nobody would use this 75 per cent share because of very high TDS content in it, the official said.

TDS stands for total dissolved solids, and represents the total concentration of dissolved inorganic salts in water such as calcium, magnesium, potassium and sodium, and organic matter.

“The TDS content in this huge quantum of saline groundwater goes up to 5,000 ppm (particles per million) and there is no technology other than reverse osmosis (RO) which can treat it,” the official explained.

“We will draw water directly from the saline layer. It will also create space for percolation of rainwater and thus increase the share of freshwater in the ground,” he added. PTI