Air pollution: Delhi schools to close down for a week, government officials to work from home

Chief Minister Arvind Kejriwal made the announcements on Saturday evening 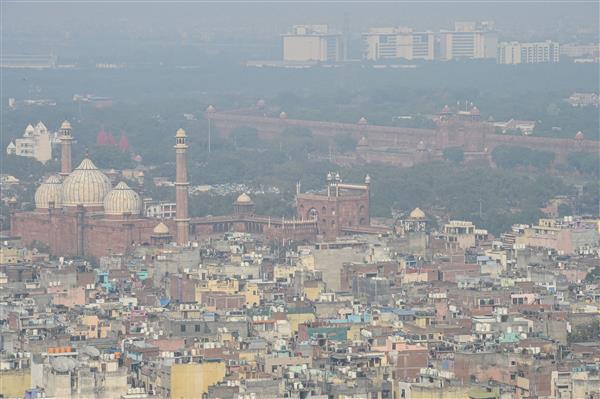 A view of the historic Jama Masjid and Red Fort shrouded in smog in New Delhi on Saturday. PTI photo

Delhi Chief Minister Arvind Kejriwal on Saturday announced various emergency measures, including the closure of schools for a week, ban on construction activities and work from home for government employees, to deal with the pollution crisis faced by the city.

The chief minister, after an emergency meeting, told reporters that his government will also present a proposal for lockdown before the Supreme Court.

Terming the rise in air pollution in Delhi-NCR an "emergency" situation, the Supreme Court asked the Centre and the Delhi government on Saturday to take immediate measures to improve the air quality and suggested steps such as stopping vehicles and clamping a lockdown in the national capital.

Kejriwal said the schools will remain closed for one week from Monday in view of high air pollution levels. Work from home will be implemented concerning government offices and a separate advisory on it will be issued for private offices, he said.

Construction activities will be prohibited in Delhi from November 14 to 17.

The chief minister said that the pollution level is rising in Delhi due to stubble burning in the neighbouring states and called upon all stakeholders to work together to combat it. — PTI