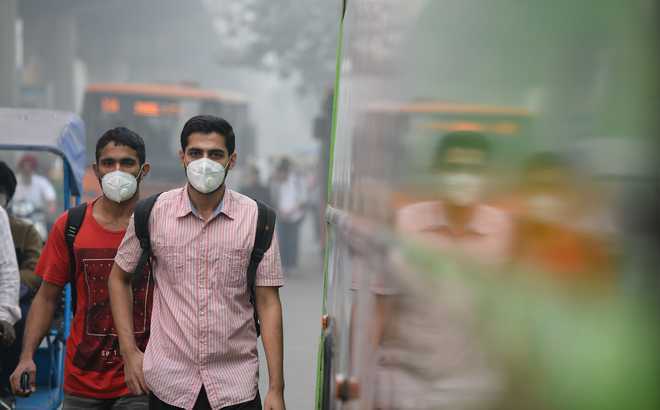 Average levels of various pollutants, including PM10, PM2.5 and nitrogen dioxide, in Delhi last year were the lowest since 2014, according to the Delhi Economic Survey report.

Government data also showed that average levels of the major pollutants in the city have been decreasing steadily over the years.

The annual average concentrations of PM2.5, fine particulate matter that is about three per cent the diameter of a human hair and can lead to premature deaths from heart and lung diseases, decreased from 149 microgram per cubic meter (µg/m3) in 2014 to 101 µg/m3 in 2020, it said.

The annual average of PM10 also decreased from 324 µg/m3 in 2014 to 187 µg/m3 in 2020, according to the Economic Survey report, tabled by Deputy Chief Minister Manish Sisodia in the Delhi Assembly on Monday.

The annual average for PM2.5 and PM10, at all the monitoring locations, exceeded the prescribed standards, the report said.

The safe limit for CO levels is 2 mg/m3.

However, no significant variation was observed in the annual average value for Sulphur dioxide, which emanates during the burning of fossils fuels, between 2014 and 2020.

The annual city average for SO2 at all the monitoring locations is within the prescribed standard i.e 50µg/m3, it said.

Various studies conducted in the wake of COVID-19-induced lockdowns have shown that air pollution levels have fallen significantly across the world due to the reduced traffic and restricted industrial activity. —PTI