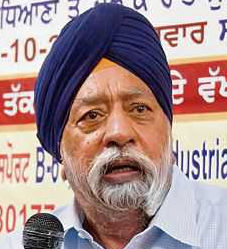 Sarna, DSGMC ex-chief, said the entire ‘panth’ was shocked as Sirsa was allowed to continue as the DSGMC head and contest its General Elections on August 22.

He said there was a “look-out notice” against Sirsa in a case of “misappropriation of funds of DSGMC and gurdwara exchequer”. “Even suspicion of a small wrongdoing by any gurdwara office-bearer is considered sufficient ground for resignation. But Parkash Singh Badal and Sukhbir Badal had allowed him to continue.” Sarna questioned the “silence” of Bibi Jagir Kaur and Giani Harpreet Singh. TNS