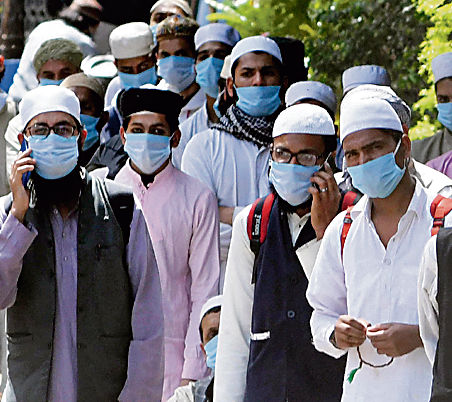 As Tablighi Jamaat chief Mohammad Saad remains underground, a letter petition on Tuesday requested the Supreme Court (SC) to direct the Centre and Delhi Government to immediately impose a complete ban on the activities of Tablighi Jamaat that hit international headlines for violating the Covid-19 lockdown.

The development comes a day after Jamiat Ulema-e-Hind moved the top court seeking directions to the government and the media not to communalise the issue and demonise the entire Muslim community.

Filed by one Ajay Gautam of Delhi, the letter petition sought a direction to the Centre and Delhi Government to transfer the investigation to the CBI to probe the alleged “conspiracy of spreading the infection throughout India in the garb of congregation.”

Gautam also urged the top court to order the Delhi Government to demolish Tablighi Jamaat headquarters at Nizamuddin for violating the provision of the MCD Act.

Around 9,000 people, including those from abroad, are said to have participated in the religious congregation last month at Markaz Nizamuddin West area of Delhi which has emerged as a Covid-19 hotspot in India.

Out of over 4,000 Covid cases in India, at least 1,445 have been found to be linked to the Tablighi Jamaat congregation here, the Health Ministry had said on Monday.