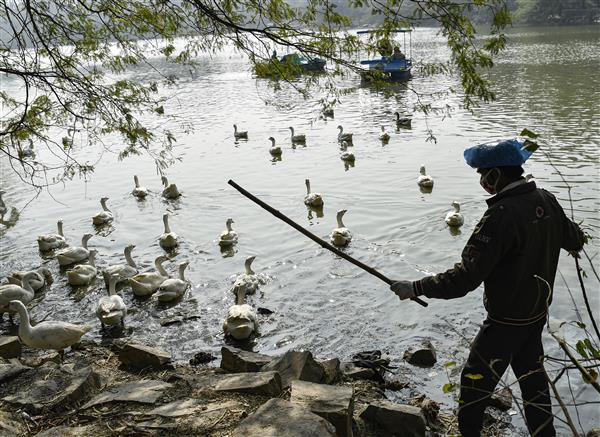 A dead owl in the Delhi zoo has been found to have been infected with bird flu, officials said on Saturday.

“The zoo witnessed the death of a brown fish owl in its captivity. Its cloacal, tracheal and ocular swabs were sent to the animal husbandry unit of the Delhi government for serological examination,” zoo Director Ramesh Pandey said.

As per protocols and guidelines issued by the Centre and the Delhi government, sanitisation and surveillance drills have been intensified in the zoo and all possible preventive measures are being taken, Pandey said.

“Birds in captivity have been isolated and are under consistent monitoring and care for their behaviour and health. Spray of lime, virkon-S and sodium hypochlorite and foot bath of potassium permanganate are being done on regular intervals every day,” he said.

Chicken feed to raptors and entry of vehicles inside the zoo have already been stopped. Movement of staff is also being restricted and regulated in view of the bird flu outbreak.

The Delhi zoo has both captive and free-ranging birds, including local migratory waterfowls and waders, in its premises.

On Monday, samples taken from crows and ducks at parks and lakes in the national capital had tested positive for the avian influenza. PTI