Blast seems to have occurred in a black backpack that was found lying at the spot; probe on 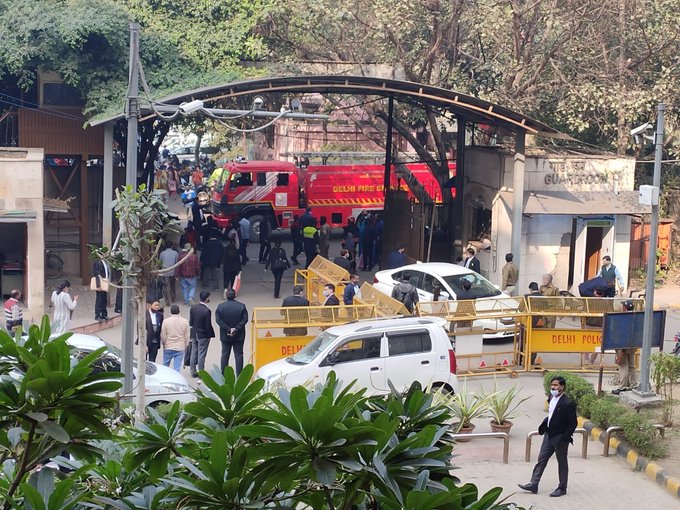 A man was injured in a low-intensity explosion that took place inside a courtroom in Rohini district court here on Thursday morning, creating panic among lawyers and the public and raising questions about security arrangements there.

The incident comes months after jailed gangster Jitendra Gogi was shot dead by two members of a rival gang dressed as lawyers inside a courtroom of the district court on September 24.

Seventy-seven cases, including those related to drugs and one of the CBI, were listed for hearing on Thursday in the courtroom.

“Around 10.25 am on Thursday, an incident of a low-intensity explosion in a laptop bag occurred at the Rohini court complex. The spot was cordoned off and the forensic team and the NSG team were called to the place of the incident,” Delhi Police PRO Chinmoy Biswal said.

Prima facie, the blast seems to have occurred in a black backpack that was found lying at the spot, he said.

A Naib Court Head Constable, Rajeev, sustained minor injuries in the blast and is being treated at a hospital, the officer said.

“Forensic teams have collected the evidence from the spot and taken it for examination. A case has been registered and investigation is being carried out by the Special Cell of the Delhi Police,” Biswal said.

Fire officials said they received information about the explosion at 10.40 am, following which seven fire tenders were rushed to the spot.

Police said they are checking the footage of CCTV cameras on the court premises.

According to forensic sources, a white powder was found at the spot where the blast took place and it has been sent for examination. A black backpack was also found lying inside the courtroom with a file popping out of it.

“It will only be known after the examination whether the (white) substance was an explosive. A battery and some wires were also recovered from the spot,” the source added.

Dinesh Tiwari, an advocate, said, “There is a long line of cars in the morning when court proceedings start and it is not possible for the police to check every vehicle. The court has a total of nine gates. The public entry is allowed from gate numbers 5 and 7.”

Another advocate Sangram Singh said the security at the court was stepped up after the September shootout but despite that, the explosion occurred.

“The court has nine gates and metal detectors have been installed at each of them. Most of the lawyers enter the court from gate number 4. The security personnel check every advocate, their cars and ID cards,” he said. PTI