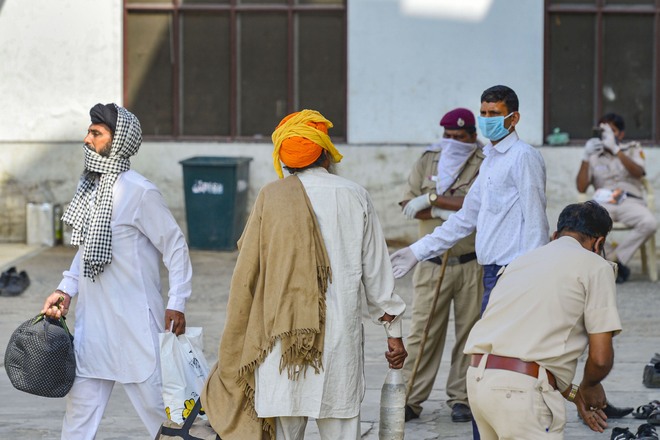 The Delhi Police have registered a case against the management committee of the Majnu Ka Tilla gurdwara here for violating lockdown orders and not maintaining social distancing, a senior officer said on Thursday.

A total of 225 people, who wanted to travel to Punjab but were stranded in the national capital due to the lockdown, were staying at the gurdwara.

Delhi Sikh Gurdwara Management Committee (DSGMC) president Manjeet Singh Sirsa said the chief ministers of Delhi and Punjab were duly informed about the people at the gurdwara stranded due to the lockdown and were asked to evacuate them.

It was the government’s duty to provide them shelter. The DSGMC had offered the langar hall of the Majnu ka Tilla gurdwara to set up a quarantine facility around 15 days ago, he said.

“The stranded people were safe in the gurdwara but the Delhi Government shifted them to a school where they are living in unhygienic conditions. Now, they have filed a complaint against the DSGMC which was told to give these people food,” Sirsa added.

The gurdwara will continue to provide food to these stranded people, he asserted. PTI