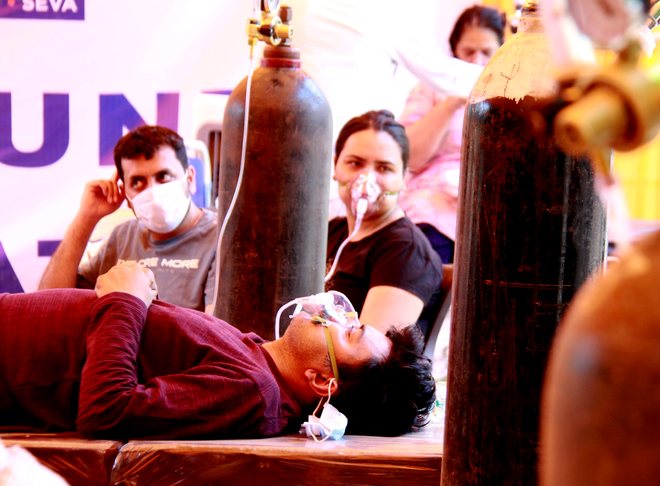 A day after the Delhi High Court directed the Centre to supply 490 MT of allocated oxygen to Delhi after 12 deaths at Batra Hospital by “whatever means” or face contempt of court action, the Centre today moved the court seeking recall of the order.

With the Centre and the Delhi Government continuing to wrangle over the supply of oxygen to hospitals, the High Court said they needed to work in tandem during the pandemic.

A Bench of Justice Vipin Sanghi and Justice Rekha Palli, which held a special hearing on a weekend holiday, clarified that the responsibility didn’t fall on the Centre alone.

“We are objecting to the shifting of liability,” Solicitor General Tushar Mehta told the Bench, pointing out that it was an admitted position that the Delhi Government was responsible to get tankers for transporting oxygen.

As Mehta urged the Bench to drop the contempt action part of the order against its officers, the Bench said, “That’s the last thing on our mind. We know officers are working hard.”

The Bench asked Amicus Curiae Rajshekhar Rao to prepare a note on legal issues involved along with suggestions to resolve them. Asking the Delhi Government to respond to the Centre’s plea, the Bench posted the Centre’s plea for hearing on May 6.

Maintaining that the Centre was always ready to help, Mehta said despite being informed about a meeting for getting eight containers, the Delhi Government officers didn’t attend the virtual meeting.

Alleging that there was a systemic failure in Delhi, Mehta said it needed to be rectified. He wondered why the hospitals couldn’t tell that 12 hours down the line they would run out of oxygen.

Maintaining that oxygen supply should be properly channelised and used judiciously to avoid last-minute crisis situations, Mehta said an advance mapping had to be done and accordingly a three-day plan could be sent to the supplier.

On behalf of the Delhi Government, senior counsel Rahul Mehra submitted that the city government was talking to Adani Group to procure tankers. He said the Centre disturbed the pre-surge supply chain without ensuring that new allocation order was effectively translated into practice. “Systematic failure is at their end,” he alleged.