Referring to the Centre’s affidavit, the top court said that 75 per cent of the air pollution is due to three factors—industry, dust, and transport 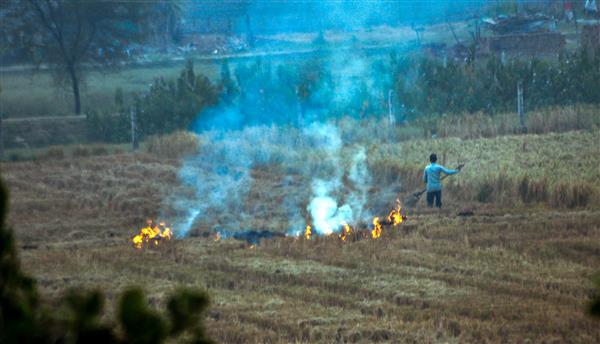 The contribution of stubble burning in worsening air pollution in Delhi-NCR remained unclear on Monday in the Supreme Court with the Centre citing different figures on this aspect.

As the hearing before a bench headed by Chief Justice NV Ramana commenced, Singh submitted that he had some suggestions to make and opposed a complete ban on construction activity saying it needs to be regulated.

He said the Centre was not willing to take strong measures because of the upcoming assembly elections in Punjab and sought for the constitution of an independent commission to oversee the process.

However, Solicitor General Tushar Mehta during the hearing referred to a figure of 10 per cent and said stubble burning is one of the factors.

“I must admit that stubble burning now is not a major contributor to the pollution, as of now it’s 10 per cent is what I have been told. Road dust majorly contributes to pollution. States and their agencies must be in complete readiness to implement emergency measures.

“Increase frequency of mechanised cleaning of roads & sprinkling of water inroads. Ensure closing of stone crushers in Delhi NCR. So far as the Badarpur plant is concerned, we haven’t directed its shut down. Stop use of coal or firewood in hotels or eateries,” he said.

As Mehta made submissions,” the Bench said, “on the last date we had pointed out that emergency steps are required to be taken. The suggestions you’re pointing to could be part of a long-term plan. How many mechanised road cleaning machines are available in Delhi”.

“Are you agreeing that stubble burning is not the main cause? That hue and cry have no scientific or factual basis,” it asked, and referred to a chart to show that it contributes four per cent to the overall air pollution.

Referring to the Centre’s affidavit, the top court said that 75 per cent of the air pollution is due to three factors—industry, dust, and transport.

“In the last hearing (on Saturday), we mentioned stubble burning is not a major issue, city-related issues are there. So if you take steps on them, the situation will improve”, the bench also comprising Justices DY Chandrachud and Surya Kant said.

“In fact now the cat is out of the bag, the farmers’ stubble burning contributes to only 4 per cent of the pollution as per the chart. So we are targeting something which is totally insignificant”, the bench said.  — PTI