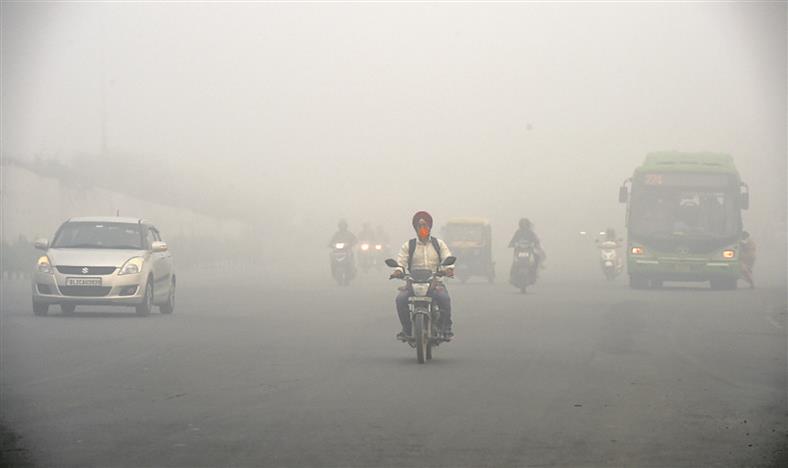 Vehicles ply amid low visibility due to smog, a day after Diwali in New Delhi. PTI

Day after Diwali, North India was engulfed in toxic smog as people flouted ban on firecrackers. With emissions from stubble burning peaking at 36 per cent, most cities across the Indo-Gangetic plains recorded air pollution levels in ‘very poor’ and ‘hazardous’ categories. 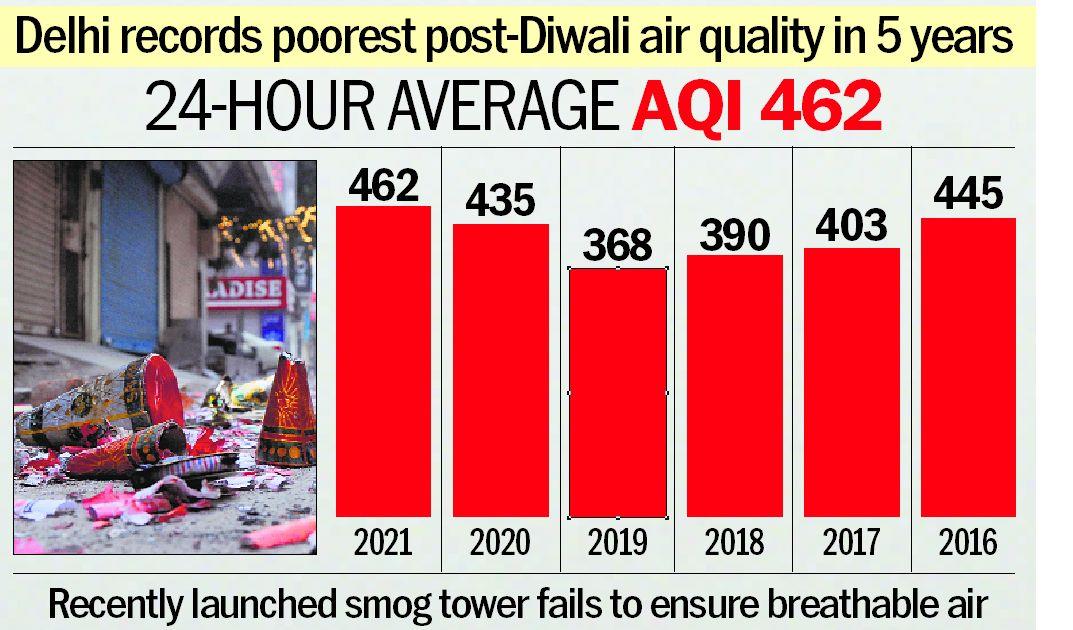 As La Nina makes an appearance for the second time in a row, meteorologists say several parts of North may see prolonged spells of pollution in coming months and “record-breaking” low temperatures in December and January. The coming two weeks will be crucial as stubble burning may peak. Delhi recorded its poorest post-Diwali air quality in five years on Friday with a deadly cocktail of noxious fumes from firecrackers and stubble burning pushing the 24-average AQI to 462.

‘Weather outside not good at all’, Justice S Ravindra Bhat observed on Friday, referring to the spike in air pollution levels in the Capital post-Diwali celebrations. He was speaking at a book launch. 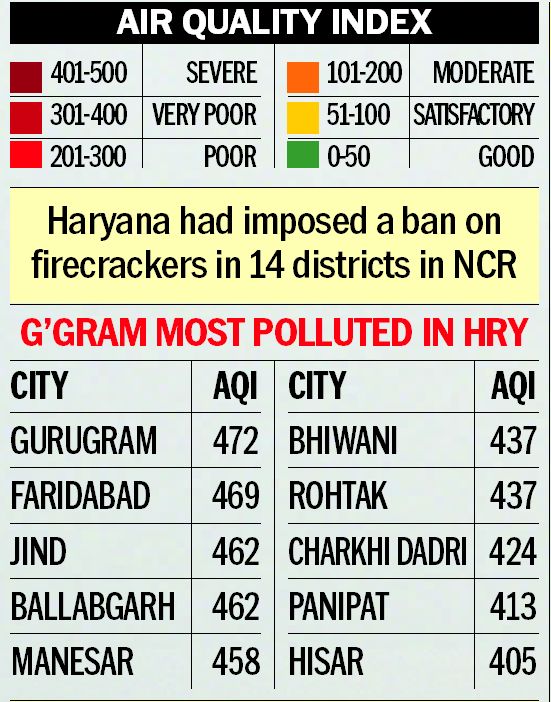 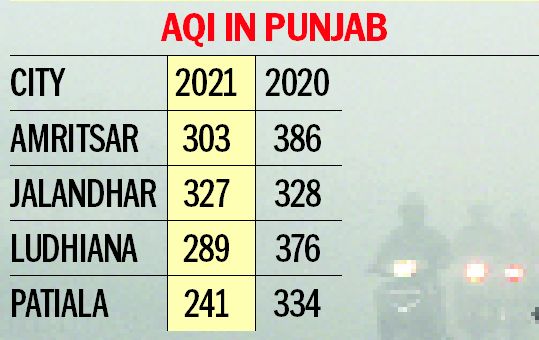