So far authorities have found the bodies of 38 people 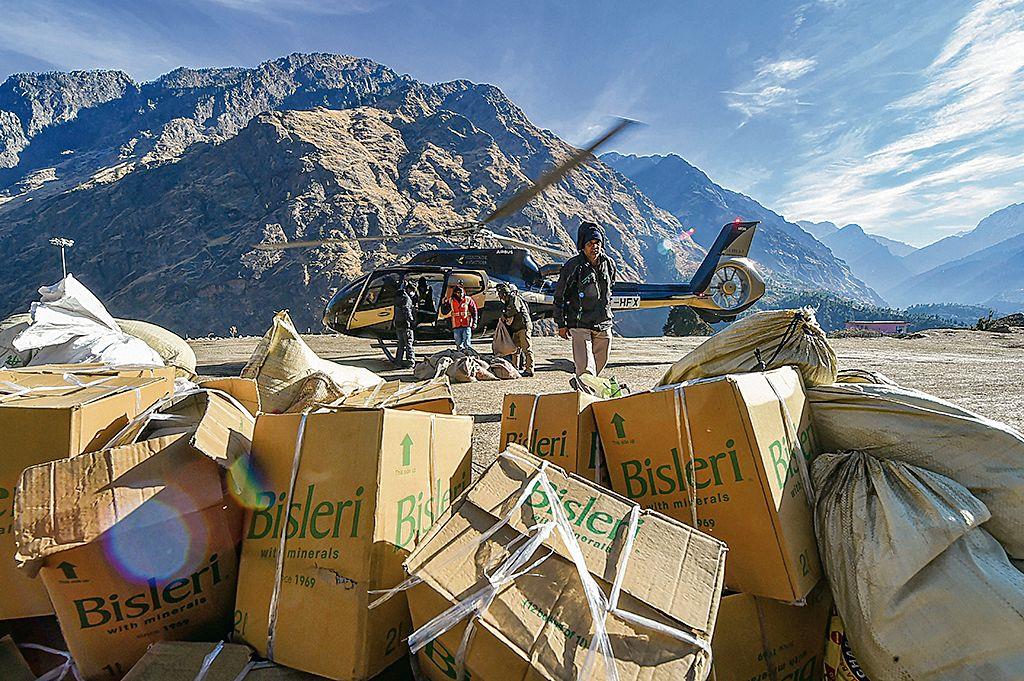 Members of ITBP unload relief goods at a temporary base camp set up by ITBP for distribution of relief material in the affected areas at Lata village in Chamoli district. Reuters

Rescue teams continued their efforts for the sixth day today to evacuate around 35 persons, believed to be trapped inside the sludge-choked Tapovan tunnel, but without any major success.

The toll in the Dhauliganga and Rishiganga flashflood on Sunday rose to 38 with the recovery of two more bodies while 166 are still missing.

Around 114 m stretch of the tunnel has been cleared and drilling is on to reach the silt-flushing tunnel, where some workers might be trapped, officials at the Tapovan rescue site said. A senior official said the families of missing workers should not lose hope as round-the-clock efforts were being made to establish contact with those trapped inside the tunnel.

Family members of those trapped inside the tunnel on Thursday, the district administration directed the CISF personnel, guarding the project site, to stop the protesting kin 100 meters away from the mouth of the tunnel where massive efforts are being undertaken by a joint team of the ITBP, the Army, State Disaster Response Force (SDRF) and National Disaster Response Force personnel to reach those stuck inside.

Dehradun: The debris brought by the avalanche in Uttarakhand has blocked a stream that joins the Rishiganga, forming a temporary lake which, if breached, can cause further damage in the valley, said a report by the Wadia Institute of Himalayan Geology. PTI

ITBP and SDRF teams have deployed sniffer canines Rambo, Diesel, Phantom and Arrow to help them locate those trapped inside the slush-filled tunnel at the devastated Tapovan power project here. 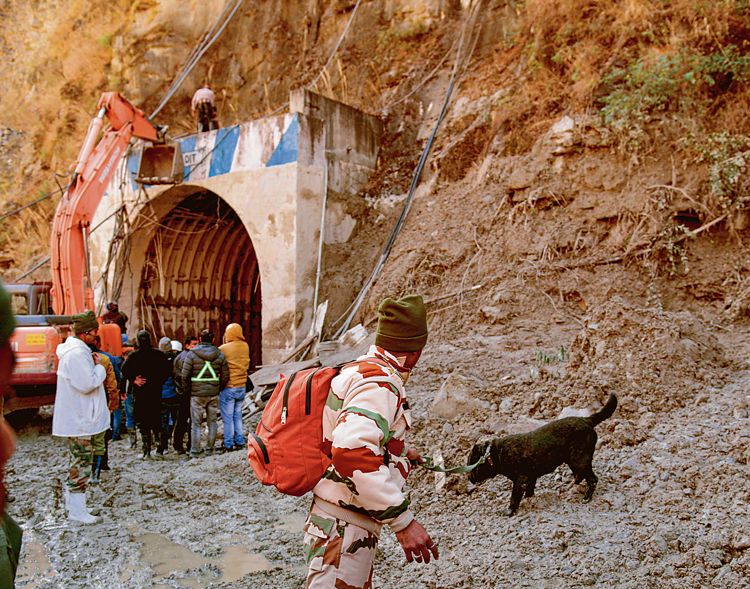 “These canines are highly trained in sniffing out human scent. We are hopeful that once the tunnel is cleared, they will help us locate the trapped workers,” said Pushkar Mehta, Phantom's handler from the State Disaster Response Force (SDRF).

German Shepherd canines Phantom and Arrow form part of the SDRF team, while the ITBP has brought Labradors-Rambo and Diesel. In all, nine sniffer dogs are at the rescue site.

Rambo’s handler Manoj Kumar said they had not been allowed to enter the tunnel so far. Diesel’s handler Somveer said, “We are waiting for our chance to contribute and save those trapped inside.” He said sniffer dogs were generally trained as trackers, explosive detectors, narcotics detectors and for undertaking search and rescue operations.