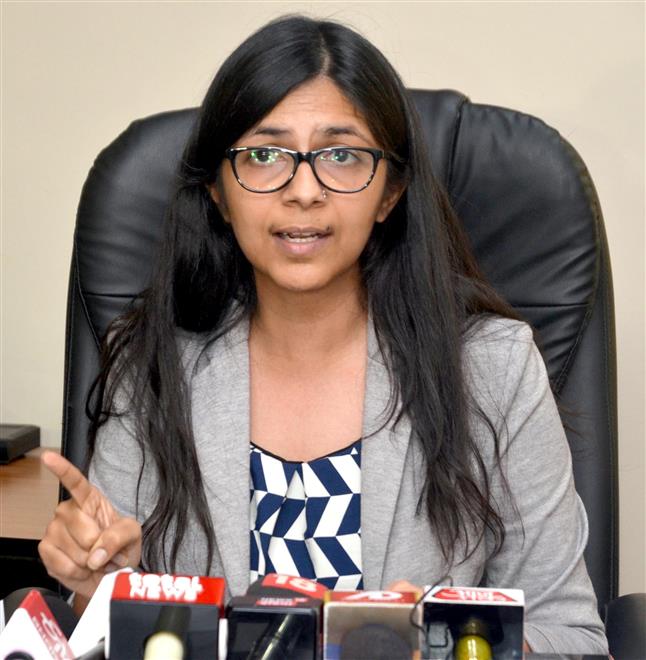 Delhi Commission for Women (DCW) Chairperson Swati Maliwal on Thursday issued notices to the Delhi Police and a Kendriya Vidyalaya principal here in the matter of alleged gangrape of a minor on the school premises.

Unfortunate... Matter being hushed up

It is very unfortunate that even schools are unsafe for children in the Capital. The minor confided in the teacher and was told to remain silent. The principal has been asked to inform as to what action was taken by the school authorities in the matter. — Swati Maliwal, DCW Chief

An 11-year-old girl has approached the DCW, alleging that in July 2022, she bumped into two senior higher secondary boys as she was going to her classroom at the school. “The complainant stated that she apologised to the boys, but they started abusing her and took her inside a toilet where she was locked and raped. The child says when she confided in a teacher about the crime, she was told the boys had been expelled and the matter was allegedly hushed up,” the DCW said in a statement today. Taking suo motu cognisance, Maliwal has issued a notice to the Delhi Police and the principal seeking an action-taken report in the matter. The commission has asked the police and the school to provide a copy of the FIR and details of the arrests made in the matter. The commission has also asked the police and the school to provide information on the action taken against the school teacher and/or any other staff for allegedly not reporting the matter to the police.

“The principal has been asked to inform as to when the school authorities got to know about the matter and what action was taken by them. The school has also been told to furnish a copy of the inquiry report,” the DCW letter to the Delhi Police and the school principal said.

The DCW Chairperson noted the matter as “a very serious case of gangrape with an 11-year-old inside a school in Delhi”. “It is very unfortunate that even schools are unsafe for children in the Capital. Strict action must be taken in the matter. An inquiry into the role of the school authorities must also be conducted,” she said.