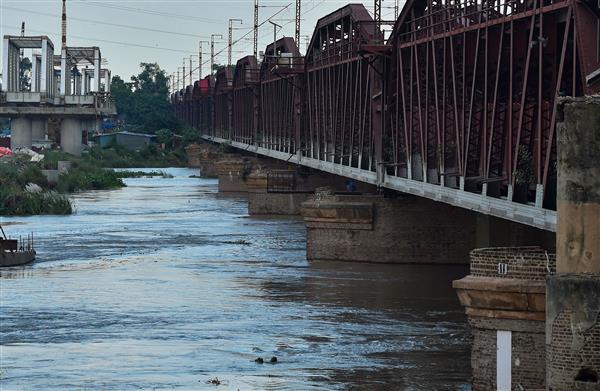 Delhi Chief Minister Arvind Kejriwal on Thursday said his government is working on a war footing on a six-point action plan to clean the Yamuna by February 2025.

The chief minister said he will deliver on the promise he made before the 2019 Assembly polls to clean the Delhi stretch of the river.

“It took the Yamuna 70 years to become so polluted. The damage done in 70 years cannot be undone in just two days. I had made a promise that I will clean the Yamuna (in Delhi) by the next Assembly polls and will take a dip in it along with all of you,” he said at a press conference.

“We are working on a war footing to clean the Yamuna. There are six specific action points to achieve this and I am personally monitoring the progress,” the Aam Aadmi Party (AAP) leader said.

He said the government is constructing new sewage treatment plants (STPs) as well as increasing the capacity of the existing ones and upgrading those.

“This will increase our sewage treatment capacity from around 600 million gallons of waste water a day to 750-800 MGD,” Kejriwal said.

He said the waste water from four major drains falling in the Yamuna—Najafgarh, Badshahpur, Supplementary and Ghazipur—is being treated in situ.

The city government will shut down the industries discharging industrial waste into the Yamuna, the chief minister said.

The waste water in the “jhuggi jhopri” clusters flows through the storm water drains into the Yamuna. These clusters will be connected to the sewer network, Kejriwal said.

The AAP government will provide household connections in areas that have a sewer network. Earlier, the consumers had to get the connections themselves.

The city government has also started de-silting and rehabilitation of the sewer network.

“Our engineers and officers are hopeful that we will be able to clean the Yamuna by February 2025 with the implementation of the six-point action plan. Specific targets have been set for each action point and I will personally monitor the progress,” Kejriwal said.

Delhi generates around 720 million gallons of waste water a day. The 35 STPs at 20 locations across the city can treat up to 597 MGD of sewage and have been utilising around 90 per cent of their capacity.

Pictures and videos showing devotees offering prayers in the Yamuna on the occasion of Chhath Puja with foam floating on the surface of the river had triggered a political slugfest between the ruling AAP and the Bharatiya Janata Party (BJP) in Delhi.

The 22-kilometre stretch of the Yamuna between Wazirabad and Okhla, which is less than two per cent of the river’s length of 1,370 kilometres from Yamunotri to Allahabad, accounts for around 80 per cent of the pollution load in it.

According to experts, the primary reason behind the formation of foam in the Yamuna is a high phosphate content in the detergents used in dyeing industries, dhobi ghats and households in Delhi, Haryana and Uttar Pradesh.

The poor quality of effluent discharged from common effluent treatment plants (CETPs) and STPs is another reason.

Waste water from authorised colonies and settlements containing a high phosphate content reaches the river through untapped drains. When the water falls from a height at a barrage, the turbulence agitates the phosphoric compounds in the river, which leads to the formation of froth.

Frothing in certain stretches of the river, such as near ITO and the Okhla Barrage, has become an annual phenomenon now in winter, when the temperatures are low and the flow in the river is less. PTI