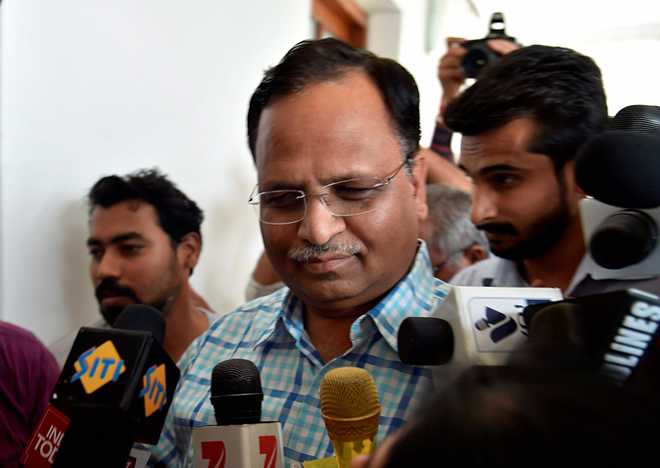 The Delhi High Court on Thursday dismissed a PIL seeking removal of Delhi Minister Satyendar Jain who has been in jail in a money-laundering case.

“We know our limitations. We have to obey the statutes, rules and notifications. We cannot travel beyond that. We are not the lawmakers,” a Bench led by Chief Justice SC Sharma said, dismissing the PIL filed by former BJP MLA NK Garg.

The 57-year-old senior AAP leader Jain was arrested on May 30 under various provisions of the Prevention of Money Laundering Act (PMLA) in a case being probed by the Enforcement Directorate since 2017.

Garg contended that Jain was arrested in the case on the allegation of his involvement in hawala transactions in 2015-2016 with a Kolkata-based firm which is repugnant and inconsistent with the rule of law as he is a public servant having a constitutional oath to uphold the rule of law in the interest of the public at large.

“However, the minister under custody is still enjoying the perks and privileges of cabinet minister despite having been allegedly indicted under the serious charges which may entail severe punishment,” the petitioner submitted.

The plea claimed the factual scenario, in this case, is also contrary to the provision of law applicable to the public servant who is deemed suspended immediately after the custody of more than 48 hours as per Rule 10 of The Central Civil Services (Classification, Control, and Appeal) Rules, 1965.

“Further, the preferential treatment for minister under custody strikes to Article 14 of the Constitution,” it said The Aam Aadmi Party (AAP) leader was arrested on May 30 under the provisions of the Prevention of Money Laundering Act (PMLA) and was first sent to police custody and thereafter in judicial custody.

The ED had earlier provisionally attached assets worth Rs 4.81 crore of Jain’s family and companies “beneficially owned and controlled” by him as part of a money-laundering probe against him. —with inputs