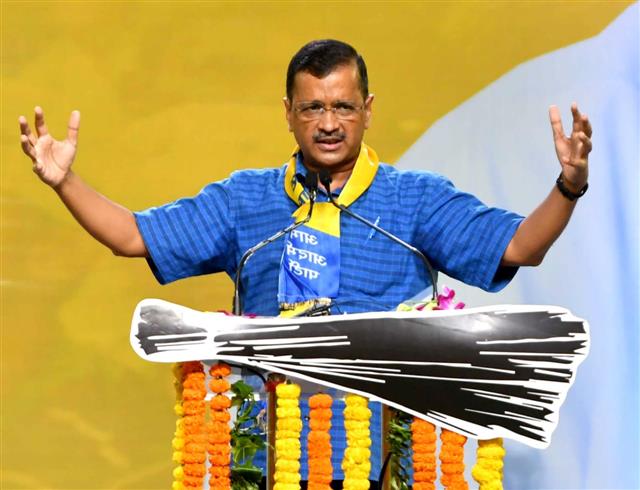 However, ruling AAP, in response to the LG’s accusation, said the Chief Minister was in Gujarat, where he addressed a massive rally in the tribal area of the state against “empty chairs” in Prime Minister Narendra Modi’s programme in Ahmedabad just two days back. “PM is livid. This letter has been written by LG on PM’s instructions,” it said.

In the letter, the LG said neither Kejriwal nor his ministers were present at Raj Ghat and Vijay Ghat, memorials to Gandhi and Shastri, even as President Droupadi Murmu, Vice President Jagdeep Dhankhar, Prime Minister Narendra Modi, and representatives of foreign missions in India among others were there to pay their homage.

The LG noted that Kejriwal’s deputy Manish Sisodia was “perfunctorily present” there for a few minutes, but “did not deem the occasion fit enough to stay the course”. He also said that such derelictions should be avoided in future.