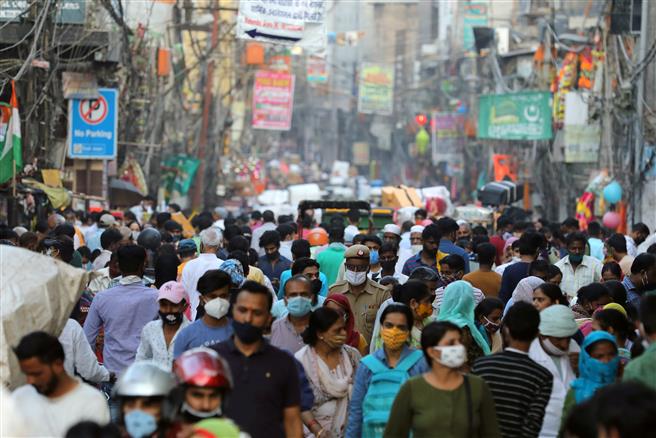 People are seen at a market amidst the spread of COVID-19 in the old quarters of Delhi. REUTERS

The national capital on Sunday recorded 4,136 fresh COVID-19 cases, the highest single-day spike in 38 days, while the death toll mounted to 6,258, authorities said.

These fresh cases resulted from 49,069 tests conducted the previous day.

According to the latest health bulletin issued by the Delhi government on Sunday, 4,136 fresh cases were reported.

The previous highest single-day spike in COVID-19 cases was recorded on September 17, when 4,432 new cases were recorded.

Since September 19, new cases were reported below the 4,000-mark until on October 23.

Thirty-three more fatalities have been recorded, taking the death toll to 6,258, the bulletin said.