The city had recorded its highest single-day spike of 8,593 cases on November 11 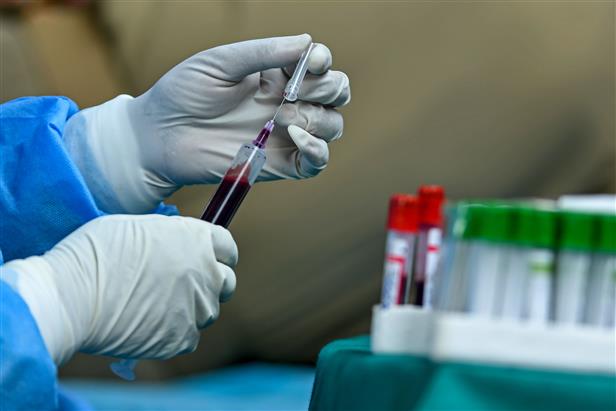 The National Capital recorded 5,475 fresh COVID-19 cases in a day as the number of RT-PCR tests crossed the 28,000 mark, while 91 more fatalities pushed the city's death toll to 8,811 on Thursday, authorities said.

As many as 63,266 tests, including 28,897 RT-PCR ones—the highest till date for the city—and 34,369 rapid antigen tests were conducted the previous day for the detection of COVID-19, according to a bulletin issued by the Delhi health department on Thursday.

As many as 131 COVID-related deaths were recorded on November 18, the highest till date.

According to the bulletin, the total number of coronavirus cases climbed to 5,51,262 on Thursday, of which 5,03,717 have recovered.

The number of COVID-19 containment zones in Delhi rose to 5,156 on Thursday from 4,980 on Wednesday.

Health Minister Satyendar Jain on Thursday said testing capacity for COVID-19 has reached the "saturation level" and laboratories here are finding it difficult to release results of all RT-PCR tests within a day.

"The testing has reached the saturation level… Many people now say they were tested just two to three days ago," Jain told reporters.

Amid a spurt in the infections, Delhi Chief Minister Arvind Kejriwal had on Wednesday urged experts to audit COVID-19 death cases and suggest measures to reduce fatalities in the national capital.

It had come against the backdrop of Delhi's three BJP-led municipal corporations alleging inconsistencies in the official death count vis-a-vis the number of deaths projected by funerals at the crematoria and burial grounds here. — PTI