Prosecution will counter the arguments of the accused on Saturday 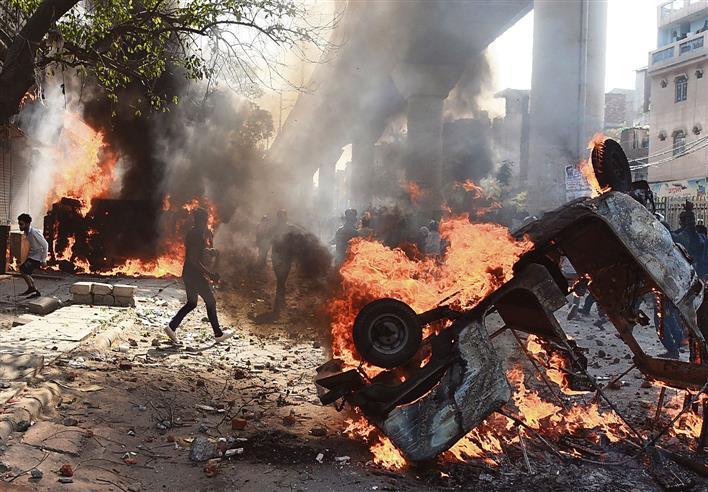 JNU student and Pinjra Tod member Devangana Kalita, arrested under the stringent Unlawful Activities (Prevention) Act, alleged before a Delhi court on Friday that the police had carried out an “insidious” prosecution against her in a case of north-east Delhi riots.

The submissions were made before Additional Sessions Judge Amitabh Rawat during hearing of her bail plea in the case related to larger conspiracy in the communal violence.

The police has claimed in the charge sheet that Kalita along with others had allegedly given provocative speeches at the protest sites to instigate the crowd.

Prosecution will counter the arguments of the accused on Saturday.

During the hearing on Friday, advocate Adit Pujari, appearing for Kalita, referred to the seizure memo files submitted with the charge sheet and said the police allegedly submitted incomplete documents “deliberately” to falsely show that around 300 women, who came from Jahangirpuri to Jafrabad where protests against the Citizenship Amendment Act (CAA) were held, precipitated the violence.

He said the prosecution's case was that these women came allegedly armed with acid bottles and chilli powder and were instigated by Kalita and others to cause violence.

He said the prosecution has allegedly put selective messages from the WhatsApp chats of police officials to prove their purpose and chosen not to put on record the messages where they are aware that another kind of protests or march was ongoing by pro-CAA protestors.

“The police have submitted screenshots of WhatsApp group where police is closely monitoring the movement of the 300 women who came from Jahangirpuri and allegedly precipitated the riots… Police has deliberately declined to place on record messages from 12:39 pm to 12:49 pm with a view to paint an incomplete picture. Police suppressed the messages that were actually talking about the violence which started at Maujpur.

“This is mischievous. This is insidious. They are hiding these messages,” Pujari alleged.

Pointing to a message by a police official in the group that stone pelting had almost stopped and the situation was under control, he said it was in response to another message saying stone pelting was by a rally at Maujpur.

“Instead of showing these messages, the police chose to demonstrate one message to prove that women from Jahangirpuri had caused the violence,” Pujari alleged.

He further said that as per the documents in the charge sheet, police was strictly motioning the movement of the buses carrying these 300 women and if they had carried any weapon or committed violence, then the police could have tried to arrest them then and there.

Pujari noted that one of the chats by the police also read that the women protestors who went from Jahangirpuri to Shaheen Bagh to Jafrabad have returned to their houses in Jahangirpuri.

“Further, anywhere where Kalita was sitting, the police was present there. If these allegations of women being led by Kalita, throwing chilli powder and acid bottles were true, not at one point of time did the police try to stop them?… All of the Delhi police cannot be scared of these 300 women and let them commit violence. In this plaint of the Delhi police, not charge sheet, how are they even relying on incomplete documents? The larger question is why are they doing that?

“We have all these lofty sayings that liberty of an individual is sacrosanct, where is the liberty going when you are looking at these kinds of allegations. The women have returned home peacefully and this was the prosecution's own case. This is not a case where a women needs to be in jail in terrorist charge,” Pujari alleged.

He added that it was a case where in fact Kalita needed to be called as witness and asked what really happened.

“I am indicating how not only the allegations are false, they are insidious. No prima facie case was made out against Kalita,” Pujari alleged.

He said JNU student and co-accused Sharjeel Imam's statement cannot be read against Kalita as as per his statement, he did not want the anti-CAA protests to be secular and wanted it to be Muslims based.

“Kalita is a Hindu among other women who are Muslims. If this is not a secular protest, what is? Her protest was antithetical to what Sharjeel Imam wanted. What he wanted as per his own statement was a protest where the community takes control of its own cause. Kalita at not point of time would consider fomenting a communal violence when she was in the middle of the people from the opposite community.

Natasha Narwal and Gulfisha also members of Pinjra Tod are accused in the case.

Pinjra Tod (Break the Cage) was founded in 2015 with an aim to make hostels and paying guest accommodations less restrictive for women students. PTI URD he police has claimed in the chargesheet that Kalita along with others had allegedly given provocative speeches at the protest sites to instigate the crowd. — PTI