Increase in count of containment zones in the last seven days 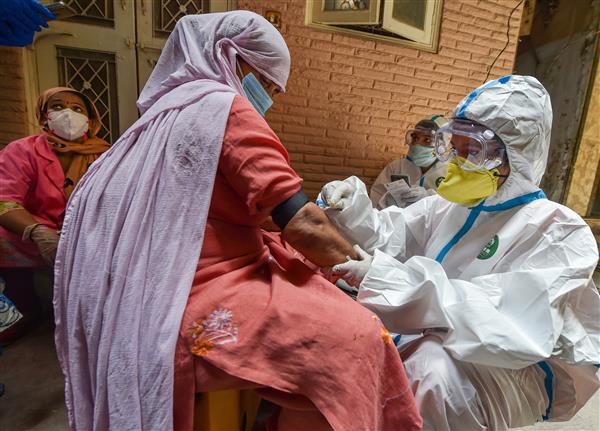 With the national capital registering an upsurge in COVID-19 cases, there has been a rise of over 37 per cent in the number of people under home isolation here and a steady increase in the count of containment zones in the last seven days.

Delhi recorded 312 COVID-19 cases on Friday, the highest number of daily incidences in nearly one-and-a-half months, while three more fatalities pushed the death toll in the city to 10,918.

It was also a significant jump from 261 cases registered on Thursday.

A total of 585 cases were reported on January 1 and 384 on January 4. The daily count had dropped to 306 on January 11 and risen again to 386 on January 12, according to official data shared by the Delhi health department.

The numbers had started to come down in February, and on February 26, 256 cases were recorded, the highest daily count in that month.

On March 1, while the cases dropped to 175, the positivity rate increased to 0.44 per cent with 596 containment zones and 739 people under home isolation.

The daily cases since then have seen an upward trend, rising from 217 on March 2 to 312 on March 5. In this period, the containment zones’ count increased from 562 to 591, while the number of home quarantined people jumped from 777 to 863, as per the official data.

Observing the trends and rise in number of admissions, doctors recently warned that the number of daily cases could go up in the coming months and urged people to continue to wear masks and follow COVID-19 safety norms.

The number of active cases in this period surged from 1,307 to 1,779, according to the health department data. However, the number of daily deaths have remained in single digits in the last several weeks.

On February 9, no fatality from the coronavirus infection was registered in Delhi for the first time in that month, and after a gap of nearly nine months.

Health experts and doctors had attributed this “sudden rise” to complacency in people, not following of COVID-19 appropriate behaviour and “assuming all is well now”. PTI