The maximum temperature will rise by two to three degrees Celsius 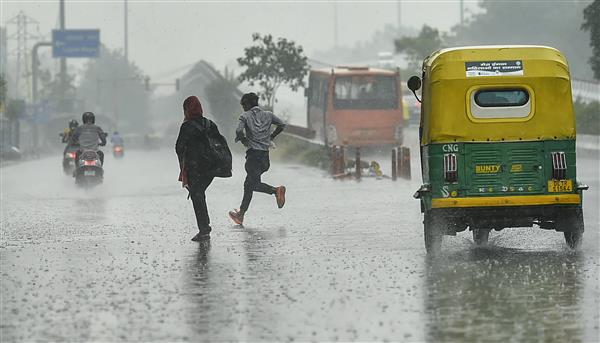 The national capital witnessed another bout of rain on Sunday morning as strong and cold winds swept across the city.

The rains and cloudy weather are expected to restrict the maximum temperature around 36 degrees Celsius.

The Safdarjung Observatory, which provides representative figures for the city, has been recording a below normal maximum temperature for the last few days, owing to light rains.

On Saturday, it recorded a high of 36.8 degrees Celsius, which was three notches below the normal.

Kuldeep Srivastava, the head of the regional forecasting center of the India Meteorological Department, said the region is not likely to witness a heatwave till June 15.

The maximum temperature will rise by two to three degrees Celsius but it is expected to remain below the 40 degrees Celsius-mark till June 10, he said.

Thereafter, moisture-laden easterly winds due to a probable low-pressure area in the Bay of Bengal will bring rains in Delhi-NCR on June 12 and June 13, he said.

There is a possibility of a thunderstorm on Saturday and minimum and maximum temperatures will hover around 37 and 26 degrees Celsius. PTI