Were clicking photos when they fell into the river 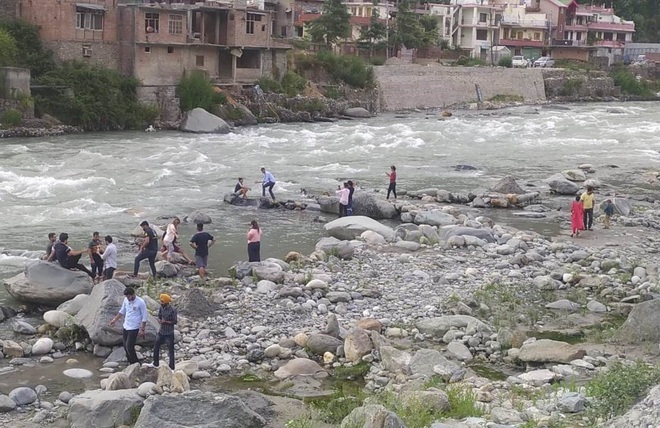 Tourists endanger their lives by going near the Beas at Kullu. File photo

A woman and her son from South Delhi drowned in the Beas at Bahang near Manali today. Kullu SP Gurdev Sharma said that Priti Bhaseen (37) and her son Rehan (12) along with other family members were clicking pictures on the riverbank adjacent to their hotel when the duo slipped and fell into the river and drowned.

He said that a hotel employee jumped into the river but couldn’t save them; he was injured in the rescue attempt. He added that the bodies of the victims were recovered about three to four kilometres downstream. The family had arrived in Manali today. The bodies had been kept in the mortuary of a hospital for a postmortem.

Many tourists venture close to rivers, ignoring the risk; several of them have lost their lives by drowning in the Parbati and the Beas. The Kullu district administration and the police have installed warning boards at various places along the Beas, but many a time tourists ignore the warning, leading to fatal mishaps.

On June 8, 2014, 24 engineering students from Hyderabad were washed away by the Beas near Thalaut in Mandi. After the incident, the High Court of Himachal Pradesh had directed the government to plug illegal routes.

Local residents said that such incidents could be avoided by channeling the Beas. A plan to channel the Beas from Manali to Aut was hanging fire since long. Local people had raised the matter with the state government many times but to no avail.