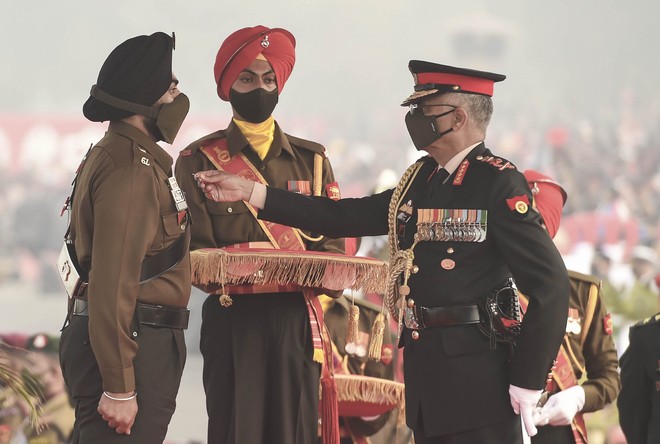 In a clear message to China amid the border standoff, Army Chief General MM Naravane said no one should commit the mistake of testing India’s patience.

Terming last year as “challenging”, he said the attempt to alter the status quo along the Line of Actual Control (LAC) was responded to in a befitting manner, said General Naravane while delivering his customary Army Day address at Parade Ground in Delhi Cantonment. “I want to assure the country that the sacrifice of the Galwan braves will not go in vain,” he added.

row through military and diplomatic talks. There have been eight round of talks between senior military commanders.

Despite the severe cold and difficult terrain, the morale of Indian soldiers was “higher than the mountains” they were defending, he said.

On the situation along the Line of Control with Pakistan, the Army Chief said 300 to 400 terrorists were present in camps in Pakistan-occupied Kashmir and were waiting to sneak into India. Pakistan was adamant about using terrorism as state policy, he said. — TNS