DSGMC to back BJP in Delhi civic body elections : The Tribune India 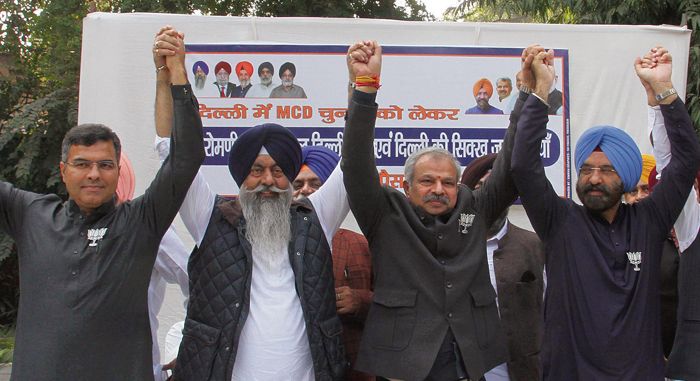 Delhi BJP president Adesh Gupta, along with the leaders of the DSGMC, in New Delhi on Saturday. Photo: Mukesh Aggarwal

The DSGMC leaders acknowledging the Union Government’s efforts for the betterment of the Sikh community hailed decisions such as the opening of the Kartarpur Sahib Corridor, celebrating Guru Tegh Bahadur Ji’s 400th birth anniversary at the Red Fort, constituting an SIT to reinvestigate the 1984 riots cases and punishing Sajjan Kumar and other culprits, which the Congress protected and honoured.

The leaders were of the opinion that Aam Aadmi Party (AAP), led by Arvind Kejriwal, has adopted a policy similar to that of the Congress. AAP-led Delhi government was the first to not have any Sikh as a Minister in Delhi for the past 7 years.