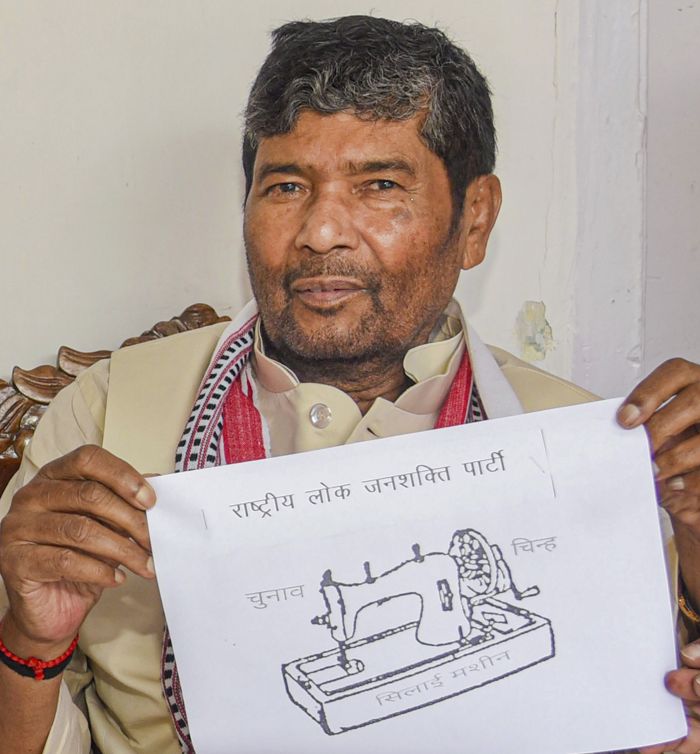 The Election Commission (EC) today issued an order allotting separate names and symbols to the feuding factions of the LJP led by Chirag Paswan and his uncle and Union Minister Pashupati Kumar Paras, respectively, as an interim measure.

In an order on October 2, the EC had barred both factions from using the name of Lok Janshakti Party or its symbol “bungalow” till the dispute between the two is settled by the poll panel.

In two separate letters to Paswan and Paras, the poll panel said it had allotted the name “Lok Janshakti Party (Ram Vilas)” and election symbol “helicopter” to the faction led by Chirag.

“Having considered your request, the commission has allotted the name ‘Rashtriya Lok Janshakti Party’ for your group and has allotted ‘sewing machine’ as the symbol to be allotted to the candidate set up, if any, by your group in the current byelection,” the EC informed Paras.

The interim order covers the October 30 bypoll to 30 Assembly seats and three Lok Sabha seats across India, including two Assembly constituencies in Bihar.