‘Even my wife doesn’t scold me as much as LG sahib’: Kejriwal asks Saxena to ‘chill a bit’ : The Tribune India

Last week, Saxena had written to Kejriwal to expedite permissions for felling of trees, citing the delay in infrastructure projects 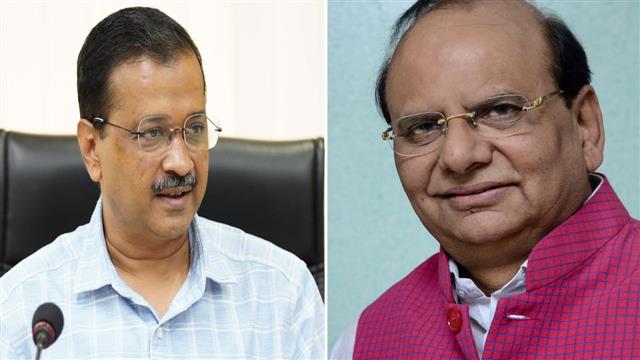 With his government at loggerheads with Delhi Lieutenant Governor V K Saxena over multiple issues, Chief Minister Arvind Kejriwal on Thursday said even his wife does not “scold” him as much as the LG.

The AAP supremo, tongue firmly in cheek, said in a tweet he has not received as many “love letters” from his wife “in the entire life” as he has from the LG in just six months.

“LG sahib, chill a bit!” Kejriwal said in his tweet in Hindi. “And ask your super boss also to chill a bit.” Kejriwal’s remarks came days after Saxena in a letter accused the chief minister and his ministerial colleagues of showing “utter disregard” towards the commemoration of the birth anniversaries of Mahatma Gandhi and former Prime Minister Lal Bahadur Shastri by not attending events at Raj Ghat and Vijay Ghat.

Saxena had termed their absence “unacceptable” and “appalling”, saying such events call for “commemoration of much beyond the issuing of symbolic advertisements in newspapers that your government very promptly did”.

Last week, Saxena had written to Kejriwal to expedite permissions for felling of trees, citing the delay in infrastructure projects.

“Even my wife does not scold me as much as the LG sahib. My wife has not written me as many love letters in the entire life as LG sahib has in the past six months,” he said in the tweet in Hindi.

After Saxena took over as the Lieutenant Governor of Delhi in May, he has ordered probes into a host of initiatives of the Kejriwal government including the now withdrawn excise policy, construction of classrooms, and hospitals.

He also recently ordered a probe in the Delhi’s power subsidy scheme.

The AAP has been alleging LG’s actions were politically motivated and that he has been working at the behest of the BJP-led central government.