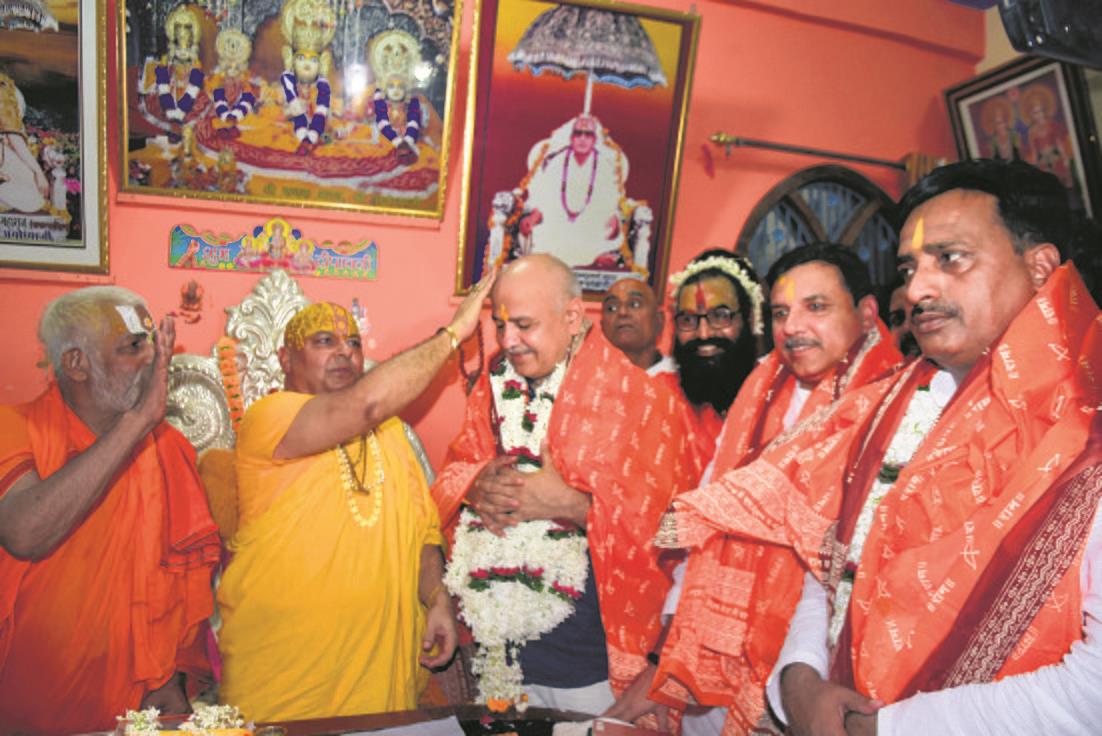 “Today, I am going to see Ram Lalla. In Ayodhya, Shri Ram set such standards of governance that even today. ‘Ram Raj’ is considered to be the highest mark of clean governance and administration,” Sisodia said in a tweet, hours before reaching the shrine.

The visit of AAP leaders came a day before the party’s “Tiranga Yatra” in Ayodhya to mark the 75th year of Independence. Such yatras are being taken out by the party in various parts of the state.

The AAP leaders also sought blessings of Hindu seers. The shrine is at the Ram Janmabhoomi premises where the construction of Ram temple is underway following the Supreme Court’s verdict in the land dispute case.

The AAP party has announced to field candidates in at least 100 of the 403 Assembly seats in UP.