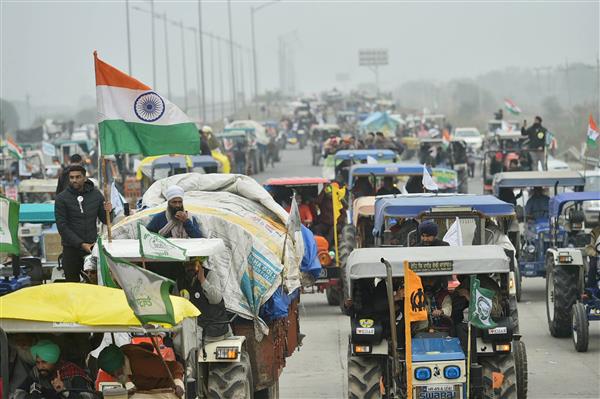 Police on Tuesday told the Delhi High Court that a missing person FIR has been registered about a Haryana-based farmer whose whereabouts are not known since January 26 after he participated in a tractor rally in the national capital that turned violent.

The submission by the Delhi Police was made before a Bench of Justice Siddharth Mridul and Justice AJ Bhambhani during the hearing of a habeas corpus plea moved by the brother of the missing farmer.

The court asked the police, represented by Delhi government standing counsel (criminal) Rahul Mehra and advocate Chaitanya Gosain, to file a status report before the next date of hearing on February 17.

The petitioner, Baljeet, represented by advocates Naginder Benipal and Aditi Pundhir, has claimed that his brother Bajinder had participated in the tractor rally and was missing since January 26.

Despite several requests to the police station concerned, no formal complaint or FIR was registered, the petitioner has claimed.

During the physical hearing of the matter on Tuesday, the Bench asked the Senior Superintendent of Police of Jhajjar to render all possible assistance to the Delhi Police to locate the petitioner’s brother, advocate Naginder Benipal said.

He also said during the hearing, police told the court that it has constituted three teams to locate Bajinder and they have interrogated 15 people in this regard.

The police have also told the court that it has not arrested any such person in connection with the violence which occurred on January 26.

The tractor parade on January 26 that was to highlight the demands of farmer unions to repeal three new agri laws dissolved into anarchy on the streets of the national capital as thousands of protesters broke through barriers, fought with the police, overturned vehicles and hoisted a religious flag from the ramparts of the iconic Red Fort.

Thousands of farmers, mainly from Punjab, Haryana and western Uttar Pradesh, are protesting at various border points of Delhi for over two months now against the three laws—the Farmers’ Produce Trade and Commerce (Promotion and Facilitation) Act, the Essential Commodities (Amendment) Act, and the Farmers (Empowerment and Protection) Agreement on Price Assurance and Farm Services Act. — PTI