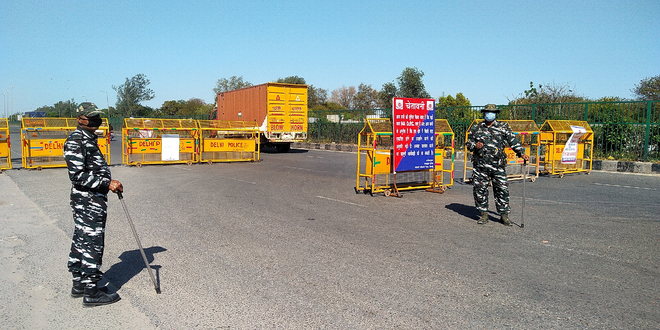 The Ghaziabad administration, on Monday, sealed its border with Delhi again in view of the rising cases of COVID-19 in the district in the last few days, according to an official order.

“There has been a rise in COVID-19 cases in the recent days. A major part of these increased cases are linked to people commuting between Delhi and Ghaziabad. Hence, on the recommendation of the Chief Medical Officer (CMO), it has been decided to seal the Delhi-Ghaziabad borders like it was done earlier (April 26),” District Magistrate Ajay Shankar Pandey said.

The restriction would be in place till next order, he said in a statement.

Ghaziabad, in western Uttar Pradesh, has recorded 227 cases of COVID-19 till Sunday evening, according to an official statement.

The district has 18 hotspots while the entire urban Ghaziabad had been categorised as a red zone, it added. PTI